The Campus Eye • May 10, 2022 • https://thecampuseye.com/7897/community/missing-lily-peters-discovered-dead-in-chippewa-falls-on-going-story/ 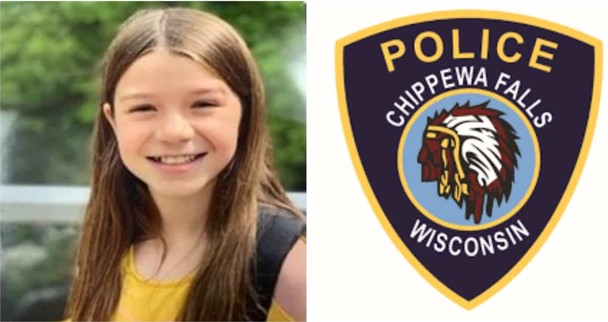 10-year-old girl was found dead this Monday after leaving her aunt’s house. Lily Peters was riding her bike home when she went missing. No Amber alert was sent out to the community after the missing report was sent out to law enforcement.

Lily Peters was murdered and sexually assaulted in Chippewa Falls, WI. Peters body was found Monday of April 25th. Report said on WEAU 13 News, “Near the Duncan Creek Trail between North Grove St and the line at Cools parking lot.” Discussing the location of where the act of violence was conducted and where Peters was found.

The current suspect of the acts committed is a 14-year-old boy. The Chief of Chippewa Falls Police, Matthew Kelm states on NBC News Now of the case, “Early this evening we arrested a juvenile suspect in this case. The suspect was not a stranger, suspect was known to the victim.” Chief Kelm goes on to discuss that the police station of Chippewa Falls does not see any dangerous threats on to the community of Chippewa Falls currently. Goes on to present how the event has affected the community of Chippewa Falls and they ways that people are showing support of Peters family for their loss, by using purple ribbons to show just that. Along with local help with the investigation of Lily Peters death. Kelm goes on to explain, “Law enforcement has been working on this case 24 hours a day since this call came in less than 48 hours ago. First of all, I want to thank the community for the over 200 tips that we have received, these tips were critical to solving this case.”

On Fox 9 News 10 at 10, reported on the homicide suspect’s first appearance in court. The 14-year-old boy is being tried for sexually assaulting and murdering Lily Peters. From what we do know of the case is that the juvenile suspect is being tried for said Rose Schmidt, “The teen faces three felonies, first degree murder, first degree sexually assault, and first degree sexually assault of a child under 13. We want to note that this is an adult court case, as is standard here in Wisconsin for first degree murder cases.” Wade Newell of the Chippewa County District Attorney speaks on how, “Without knowledge of what an offender is, that is a very concerning matter for the community.” It should be noted that Newell even on to say this because he is a parent himself. That the perspective of that happening in your own community is freighting to any parent.

The depressing news of Lily Peters has brought the community of Chippewa Falls closer together in the process of mourning her death. People have come to express their support for Peters and for her family, “The community already started showing a tremendous outpouring of support for her. They’ve already been vigils and makeshift memorials like the one here near Lyon Kugels.” says Leeann Stapleton who is a reporter in Chippewa Falls on WEAU 13 News. Also showed local businesses having stickers and pin with the saying of Justice for Lily on them to spread awareness.