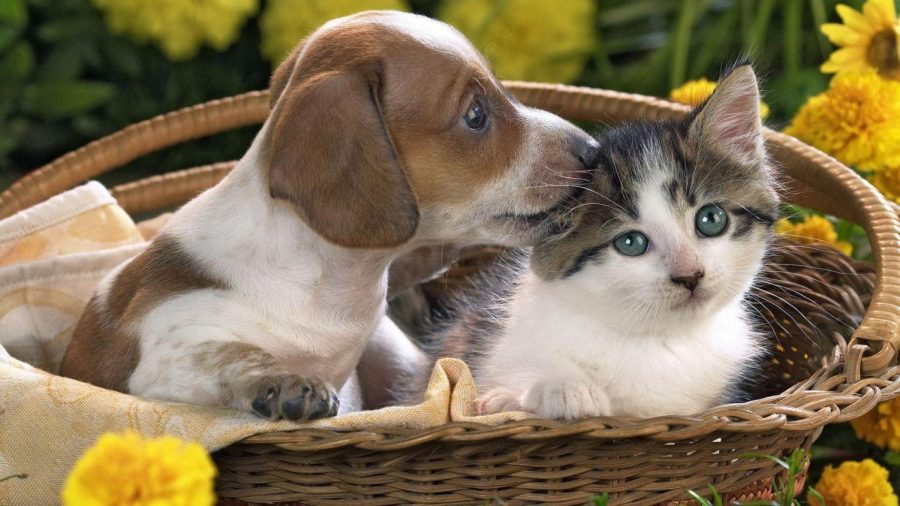 Four Anoka-Ramsey Community College students have started, “a donations drive for the Humane Society in Coon Rapids,” says Micah Sjerven, the group member that reached out to the campus eye. The other three members names are Katelyn Fitzgerald, Alyssa Putz, and Jessie Peterson.

“We’re trying to get resources like pet supplies, chew toys… pretty much anything you can think of that pets would want.” The donations drive is called the Un-fur-tunate.

They have set up black donation bins in two locations. “The cort yard commons… next to one of the offices on the left side when you walk all the way down the hallway,” Sjerven says, “or at the entrance to the business and nursing center, by the murels, by the tables.”

“You can drop stuff off 24/7 until the second of May,” said Sjerven. “I try to come by every day just to check on the drives.” Sjerven explained.

“We do have a Gofundme that is listed in the QR code on our posters for people who want to donate but don’t have the stuff,” added Sjerven.

“Big ones are cat food and dog food, baby food with meat in it for sick cats, chew toys, beds, clean towels, to donate to the Humane Society directly,” Sjerven explained. These donnations can be from pets you have that you no longer need or want, it doesn’t have to be new.

“Since the Humane Society isn’t state-funded and it doesn’t receive any monetary stuff from other big organizations, they are a completely independent non-profit,” said  Sjerven. “All their donations account for all their funding.”

“Were part of a small group communications class and the final project is a community-based project,” Sjerven said

“At the beginning of the semester, we had to decide on a community we wanted to serve,” states Sjerven. They had a list of communities that they could help and in the end they out it up to a vote and this was the idea that won.

“Every month hundreds of animals come into the Humane Society, but not all of them get adopted, and the Humane Society doesn’t euthanize old or unhealthy pets to make room for newer ones,” said Sjerven, “especially in COVID, there has been a lot of abandoned pets.”

“Since the Humane Society isn’t state-funded and it doesn’t receive any monetary stuff from other big organizations, they are a completely independent non-profit,” said  Sjerven. “All their donations account for all their funding.”