TikTok is Changing The Music Industry 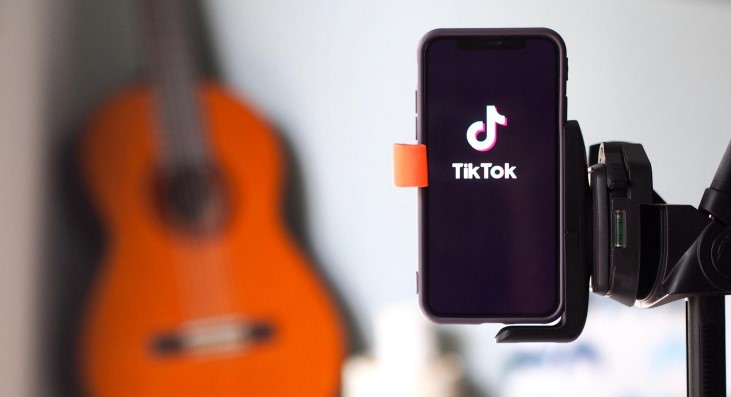 Nearly six years ago, TikTok was introduced to the world. Today, the app has over 1
billion worldwide active users and has been downloaded over 200 million times in the United
States alone. It’s safe to say the platform is becoming increasingly popular, especially in today’s
music industry.

It’s quite simple for a song to gain traction on TikTok. Once a video with a certain song
reaches enough users For You pages (aka “FYP”), eventually, more and more people will make
videos with that song and it can become popular overnight. This is a win for both the creator and
artist, as the artist gains more streams for their music and the creator grows their audience by
posting videos with the trending song. As TikTok’s cultural influence grows, so does its impact
on the music industry.

Today, plenty of musicians can attribute nearly all of their popularity to their songs going
viral on TikTok. Take artist Olivia Rodrigo for example, whose song “Driver’s License” became
a sensation on the app and helped her gain over 10 million followers on the app. The increase in
fans caused the song to move up to the top of the charts and gain wide recognition on streaming
services, such as Apple Music and Spotify. Rodrigo has since won several awards for her music,
including three Grammy Awards.

This up-and-coming wave of TikTok’s influence on the music industry stems not only
from new artists. Songs that came out years ago can randomly show up in TikTok’s algorithm
and become popular again, sometimes even more so than when they were first released. Take the
1959 song, “Put Your Head On My Shoulder” by Paul Anka, or the 1978 song, “Rasputin” by
Boney M. for example. Both songs gained a spark of popularity again in recent years because of
their popularity on TikTok. Melanie Martinez’s song, “Playdate” (released in 2015) received
little recognition until it blew up on the app and reached the charts in 2020.

It is without a doubt that TikTok influences the way society discovers new music. The
platform can be used by artists new and old to gain recognition for their songs and grow their
fanbases overnight. What we’re seeing today is only the beginning in termsof new ways to
express creatively and market music. It remains unknown if the impact of TikTok will ultimately
change the way music is created and advertised, but that impact is likely here to stay.