Dogbeds: Minnesota musician dives into her love-hate relationship with an industry growing in reach and representation 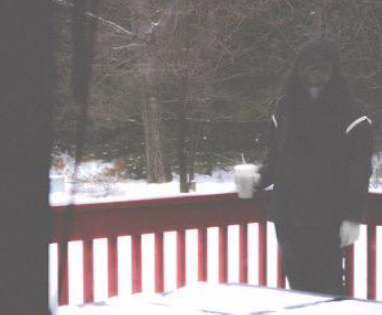 Dogbeds talks being queer in a modern music industry: “I feel like it’s easy to put trans-artists into a box and expect a certain thing from them”

Dogbeds fills the screen of our video call with a blinding smile, looking comfortable in her dimly lit room, laughing while she fiddles with her internet: “Okay I think it’s better now!”. Real name Dylan Rose, the 19-year-old small-town musician and trans-woman can’t remember life without music. “I think I’ve been making music since I was sentient” she chuckles.

Reflecting on her younger days, Dogbeds shifts around a bit, leaning into the camera excitedly. “My earliest inspiration was like the Beatles, and then the Velvet Underground” she says. “Then even stuff like 100Gecs- especially Laura Les”.

Dylan Rose wastes no time diving into her relationship with music and identity. As she just named, Laura Les, who has been a huge pioneer and success story for queer representation in music as part of the hyper-pop duo 100Gecs and a huge influence on Rose.

Intrigued by this, I ask the musician if her identity has influenced her music, or if it’s the other way around?

Dogbeds mulls over the question. “I would say that my identity has influenced my music” she concludes. “My songs are intensely personal, and they encapsulate what I was feeling then and now…even if that doesn’t match”

Dogbeds’ own album, Spiders Sing Lovely Song, released in 2020, deals with the growing pains of identity. A notable track “The End” reads: “She wants out of this prison”. The singer takes an intimate pause. “At that time, I was in the mindset of ‘let me out of my body’” she says.

I volley a question back to her asking if her mindset on identity has changed since that 2020 album.

“I’m comfortable now at least” she says with a sense of relief. “This is my life, and my lyrics have become kind of like this acceptance that I don’t need to feel grief over who I could have been, and instead love and accept myself as a trans person”

She leans back with a loud creak from her chair. “Still, I feel like it’s easy to put trans-artists into a box and to expect certain things from them”.

I inquire on what she means. “It’s easy for that to become their predominant narrative” the musician states. “It’s always trans first and music second”.

Following up on her train of thought, I ask how she thinks this pattern affects mainstream music. “Well, going back to the Velvet Underground as an example, you wouldn’t necessarily have a trans artist that’s regarded in the same way that they are” she says.

“More often than not, trans people at the time were the muse for musicians to right about”. With a slight stretch of her neck, she continues, “and as I write about more things, I don’t want that to be a hurdle”

I ask her how she would like people to think of her music, as if she were showing it to a stranger on the street right now.

“Oh wow” she exclaims with a bubbly laugh. “Definitely an experimental and emotional outlet”

However, she mentions her optimism with the release of her 2022 album Beckoning Home, Becoming Home. “I think the reason why we’re seeing so many emerging trans artist now is entirely because of the internet” she says with a passionate hand wave. “Prior to the internet, I don’t think we would have been able to get any kind of voice or recognition in the mainstream”, she continues to thank “things like Bandcamp or Twitter” for being available to smaller artists.

When asked about her hopes for the future of Dogbeds’ music, I received a tinny laugh and a simple declaration: “I wanna make whatever I want”.