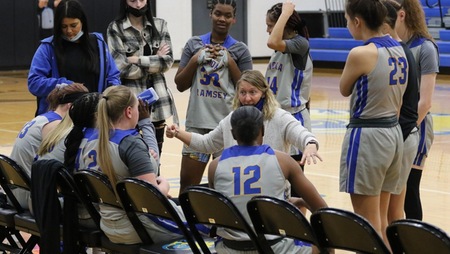 The Golden Rams shot just 30 percent overall, and 5 of 30 from the three-point line.

Anoka-Ramsey kept things close by pulling in 16 offensive rebounds which led to 12 more shot attempts than the Cavaliers.

Anoka-Ramsey falls to 12-3 overall, 3-2 in the MCAC Southern Division.

The Golden Rams will have a chance to avenge one of their losses as they host Riverland on Saturday, January 29.  The Blue Devils defeated Anoka-Ramsey 64-55 on January 8.