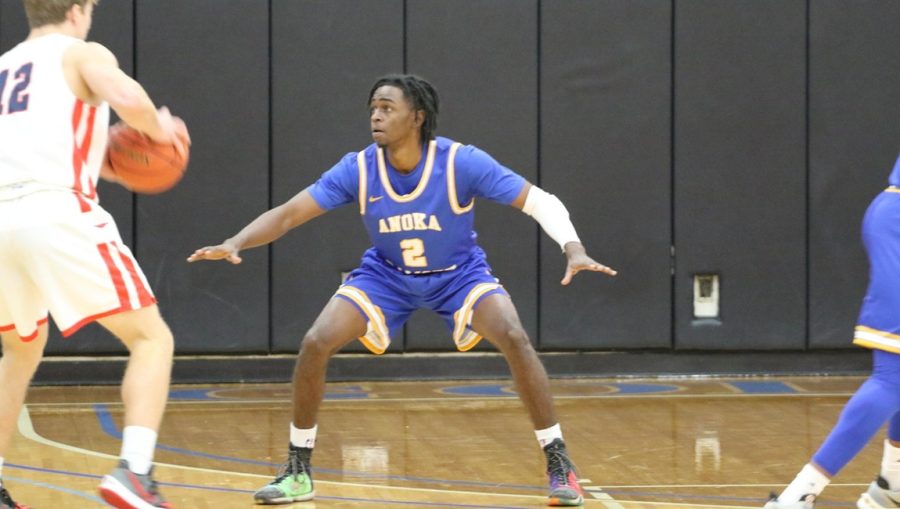 Rochester built a 27 point lead in the second half, but Anoka-Ramsey went on a 15-0 run to get within 12 points with just under three minutes to play.  The Yellowjackets ended the run shortly thereafter and held on for the win.

Isaiah Woodstock made three three-pointers in the run on his way to 11 points and four assists.

Anthony Baker was the only other Golden Ram in double figures with 15 points while also adding 11 rebounds.

Anoka-Ramsey was out-rebounded 51-35 including 20-13 on the offensive end.

The Golden Rams fall to 10-8 overall, 3-2 in the MCAC Southern Division.