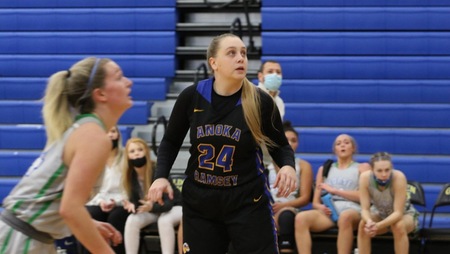 The Golden Rams were led by Demaiyah Hill with 18 points, followed by Hailey Babcock (17), Mikayla Kanenwisher (13), and Sydney Kehr (10).

Anoka-Ramsey led by eight at halftime, and outscored the Lady Jays 22-15 in the third quarter to provide some additional separation.

Anoka-Ramsey improves to 12-2 overall, 3-1 in the MCAC Southern Division.

Wednesday evening will feature a battle of Top 5 national ranked teams as the #5 Golden Rams will host #2 Rochester at 5:30pm.