Performing to a room of empty seats

The Anoka-Ramsey theatre department brings entertainment through a screen to the campus community. 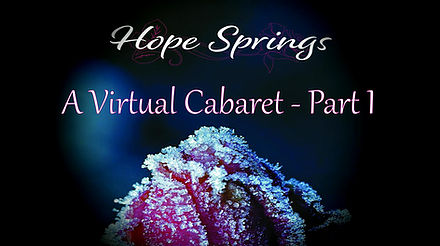 At Anoka-Ramsey, online shows have been the solution to producing performances from a distance. Audiences can now watch the shows from the comfort of their homes, through a screen.

The Anoka-Ramsey theatre department is having a spring cabaret show called “Hope Springs.” This performance includes songs, poems and theatre pieces. It shines a light on the importance of having hope in our lives.

“Hope Springs” can be accessed on the theatre department’s website. Three different parts of the show will be made available on Feb. 19, Feb. 26 and March 5.

The show’s director, Lisa Weaver, has directed two shows online this 20-2021 school year with no stage or physical audience in the seats to help the show come alive. The actors are not in the same room as each other and there is no live set crew.

“I think they’re used to getting into the zone before without having an audience,” Weaver explained about how the actors have dealt with performing without a live audience.

Weaver’s online theatre method requires the performances to be filmed, which is not typical in the theatre world. But the ability to record performances became a blessing in disguise.

“If they mess up, then we just go back and record it again,” Weaver said laughing. “Take two, take three.” Recording over Zoom creates a space to explore a new way of making a traditional theatre show.

It’s “the idea of blocking within the square,” Weaver said.

There are challenges in making these shows online. At rehearsals, Weaver said she didn’t know what was going to happen with the performers’ timing of dance and movement. There is also the challenge of having the talking, singing and instruments flow together but not become muddled.

“Technical stuff, and then just how it’s all going to come together, is still a mystery to me because I have a hard time wrapping my brain around it,” Weaver said. It’s a “learning how to do ‘Zoom theatre’ curve.”

Weaver said she never thought of the internet as a way for people to watch theatre performances. “I’ve never ever used Zoom before in my life, you know, a year ago. And now we’re doing theatre every single day,” Weaver said.

Even with the difficulties, Weaver insisted the crew of students and staff are working together to be make this year of theatre worthwhile. The music department assisted in putting together instrumentals and lyrics for the music. Peter Lerohl typically does set design for the Anoka-Ramsey shows and is now in charge of making the Zoom show come to life.

Hope springs from the living.

“Hope Springs” begins with a song originally performed by Bette Midler. “Just remember in the winter, far beneath the bitter snows, lies the seed with the sun’s love in spring comes the rose,” reads the lyrics of “The Rose.”

These lyrics were Weaver’s inspiration.

“That song was just in my mind. I was sending out stuff about the show to promote it and I kept using that quote, and then I was like, well, I guess, I better put it in the show.”

In fall of 2020, Weaver directed “The Living,” which is set in 1665 in London during the plague. Weaver came across this play about 30 years ago when she was in graduate school. She fell in love with the show, but she never had the chance to pick it as a show to direct herself.

“It’s never been quite right and then… I thought ‘The Living.’ This is the perfect play about the plague in London and how people helped each other,” Weaver said. “It was just amazing how relevant it was, and it was also about hope and kindness and it just seemed right for the times.”

Students who are interested in theatre can take a one-credit course, Theatre 1109, and get involved in these performances. Students can experience working in stage managing, acting, costumes, props, running lights and set building. Anoka-Ramsey also offers a directing class in the spring semester that puts on a one-act play festival. Students don’t need to be theatre majors to take these classes.