Staff writer Sam Anthony shares his experience from within the Smash culture on campus. 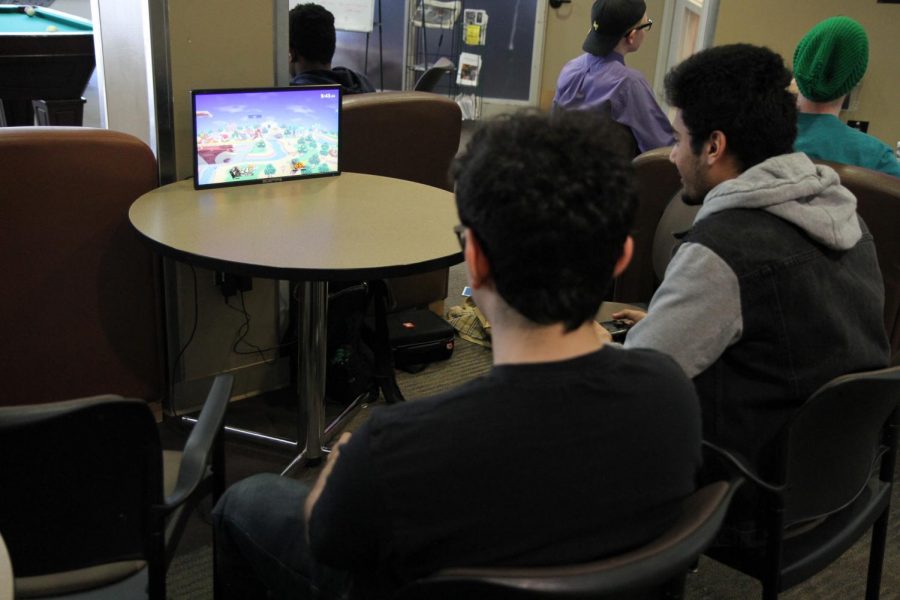 Note: This story was written prior to the COVID-19 outbreak. We publish this story now to remind readers of the community we have at Anoka-Ramsey Community College.

The culture is often centered around “Super Smash Bros. Ultimate,” a video game that the students love to play. As one of the most active places on campus, it’s the perfect spot to examine social dynamics for the students at Anoka-Ramsey, especially where “Smash culture” is concerned. As a regular player who won a Smash tournament held in the commons this semester, I’m happy to share my experience with this unique subculture on campus.

The Courtyard Commons is comfortable and easygoing with tables, couches, comfy chairs, concessions, TVs, and activities for students to enjoy. This allows people to relax and hang out with friends. The room becomes more animated, however, when people bring “Smash” into the common area.

It has become a tradition for students to bring their Nintendo Switches in order to play “Super Smash Bros. Ultimate,” and the effect it has on the room is night and day. People get excited and passionate about competing with each other in the game. This energy rubs off on the students who might be involved in something else, like billiards or ping-pong, who often get involved in the action.

“Smash” is popular on campus. The game inspires animated discussions about characters, strategies, memes, and other aspects of the game, even among newcomers to the game. Players and spectators alike engage in light-hearted trash talk and competitions to display their confidence in their skill, and it can get loud and hectic at times.

There tends to be a few regulars that participate frequently, enough to have a dedicated “main” (the character they prefer playing). Since Smash is a crossover featuring popular video game characters, you might recognize people’s mains from other games like Mario, Zelda, or Kirby.

Identifying with your main is a source of personal pride for “Smash” players, because representing a certain character establishes your individuality from others and your attachment to a beloved game franchise. In this way, “Smash” brings together fans of many different game series and unifies them toward celebrating their different tastes and sharing their passion with others.

As much as people enjoy Smash for a casual party setting, Smash is also serious business for the more spirited competitors. An example of this can be found in a tournament that was held this semester where many “Smash” players fought for bragging rights and recognition from their peers.

I participated in the tournament without any expectation of winning, but I made it through the winner’s bracket and won the grand finals after a lot of close matches. It got to the point where almost everyone in the room watched the grand finals, and were on the edge of their seat the whole time. Needless to say, “Smash” has a special way of bringing people together, from close friends to complete strangers.

To give all of you a clearer picture of what draws people to “Smash,” I asked Owais Shakir, the most well-known player and tournament organizer on campus about what makes “Smash” so popular among the students. He said that the game facilitates social interaction by being very easy to play and encouraging friendly competition from its multiplayer mode. Everyone is familiar enough with the game that it makes casual conversation very easy and natural. People actually make friends through this game by sharing their enthusiasm for the gameplay. It’s exciting to watch for spectators who are drawn to the crowd that forms around the TV.

The characters are also a huge reason for why people enjoy “Smash,” and Shakir gave some insight about how he chose his main character, Dark Samus. He said that the “Metroid” game series was very important to him growing up, and he likes the protagonist from that game, the intergalactic bounty hunter known as Samus, is playable in “Smash.”

Shakir enjoys the character’s fighting style of using projectiles to attack opponents from long ranges, and Samus just felt like the most natural character to play for him. He finds it empowering to play such a cool and tough character, but he really likes Dark Samus, an evil alien copy of Samus who looks especially intimidating and powerful.

Like many players, Shakir identifies with his character’s personality and fighting style, a trait that further individualizes players from each other, since they’re all essentially playing a different game with their character. Most importantly though, he emphasizes that “Smash” players should choose the character they personally enjoy playing the most.