The Golden Rams Basketball Recap for the week of January 20 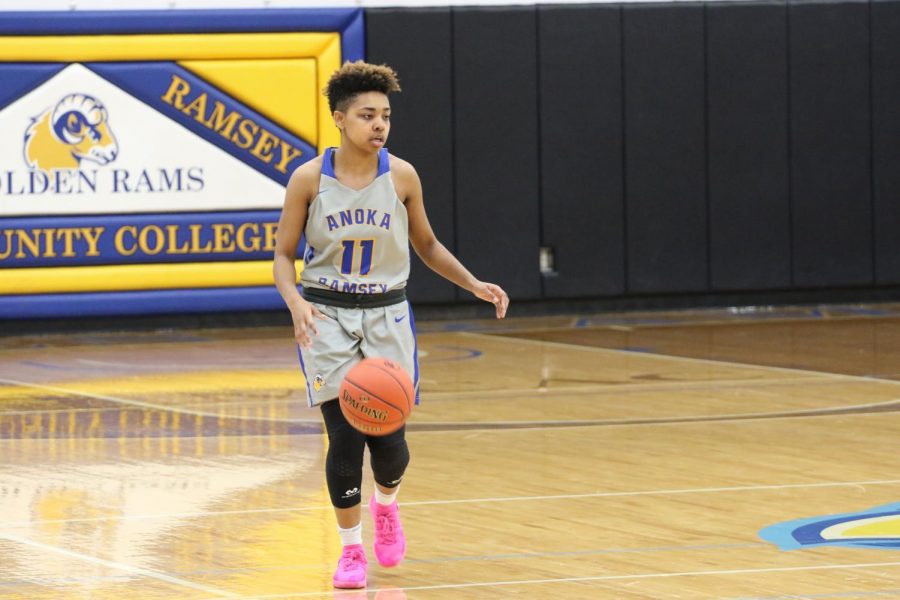 Adaya Sandifer takes the ball after the inbound against St.Cloud Technical and Community College at home

The 11-5 women’s Anoka–Ramsey basketball team won their game on Jan. 25 against the St. Cloud Technical and Community College Cyclones, 71-65.

The Cyclones held on to a close lead throughout the game until the last four minutes where the Golden Rams climbed up the scoreboard with a 11-0 point run to end the game and continue their winning streak at home. The Golden Rams improved to a 12-5 record and remained undefeated in the conference with a 3-0 record. The Cyclones had an 8-5 record with a 2-2 record in the conference.