Gold for the Golden Rams 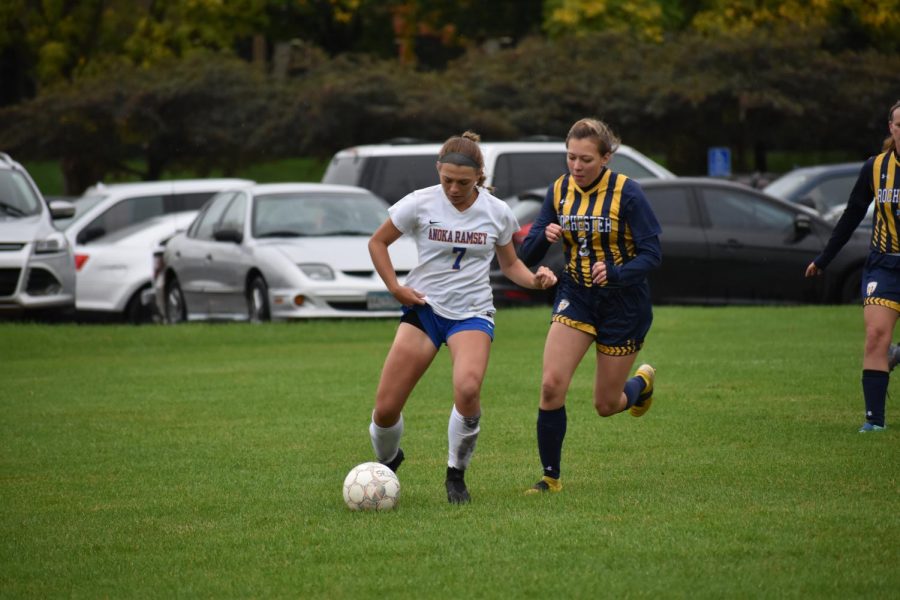 Lauren Ives moves past Rochester player during their regular season game, held at home on Oct. 2.

The men’s and women’s soccer teams both won their region championship games in their fall 2019 post-seasons.  The women’s soccer team had a successful season this year, winning nine out of their 11 games. They tied one game with Rochester Community and Technical College with two overtimes with a final score of 1-1.  The Rams defeated Rochester 1-0 in the Region XIII Tournament Championship Oct. 20 against Rochester.

Lauren Ives scored the winning goal of the game in the second minute of the game. Ives was named the 2019 NJCAA Region XIII Most Valuable Player. The Rams lost to Delta in the district tournament Nov. 3. The men’s soccer team had a very successful season as well, winning nine of their 16 games and one tied game against Madison College with a score of 0-0.

The men’s team defeated Riverland in the NJCAA Region XIII men’s championship on Oct. 19. The game included two over-times with a final score 3-2.  The game winning goal was shot in by Nils Gulbranson who also scored the second goal of the game. Gulbranson was named the 2019 NJCAA Region XIII Most Valuable Player.