The Fallout We Wanted

"The Outer Worlds" is finally here as the spiritual successor to "Fallout: New Vegas" 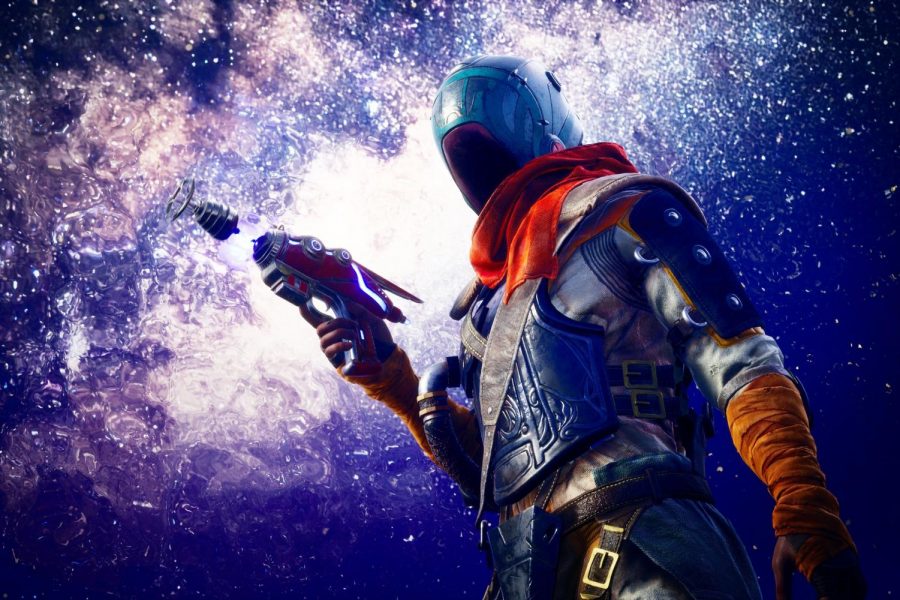 The story of “The Outer Worlds” is actually really fun. I was engaged in the story from beginning to end, and I can’t say that for many games. The story really is in your control (semi-spoilers ahead).

“The Outer Worlds” even lets you turn–in the mad scientist who saves you at the start of the game. You can do that right off the bat. If you decide to not turn–in the mad scientist, every subsequent place you go becomes your quest to save both the planets and people you meet in the falling apart space of “The Outer Worlds.” You also save the people on the colony ship you were on before being rescued. It’s a wonderful story. It’s clear that Obsidian Entertainment worked hard on this game.

“The Outer Worlds,” at its core, resembles “Fallout: New Vegas” also developed by Obsidian Entertainment. Many Outer Worlds systems work similarly to Obsidian’s only Fallout title. There are some differences because “The Outer Worlds”  is a standalone game.  For instance, Fallout Vault-Tec Assisted Targeting Systems are replaced with a time manipulation ability. It works similarly to the way V.A.T.S work in “Fallout 4,” but it’s way better. Your aiming is normal but time slows down. This allows the player  to shoot specific body parts to give the enemy debuffs or to make difficult shots or dodge fast strikes.

The gunplay also feels a bit Fallout–ish, but it’s not the worst I’ve ever played. Some of the guns are satisfying to use and killing people is fun if you have the right damage type.

The movement is also like Fallout. For example, sprinting is disorienting at first but after an hour, no problems. The choice to not have stamina as a resource was amazing. There were many times where I had to cross a large amount of terrain and unlimited running makes those treks more enjoyable.

Before we explore the characters, let’s discuss the companions and abilities. I put these two together because many abilities affect your followers. The companions you can get are really deep and each have long individual quests that are nearly as long as the main game. Each follower is likable, unique and helpful.

I chose to try the game without companions the first time, to see how difficult it was, and it was obvious I missed a lot of the game. The game  was a little short without them, but I never needed to take a companion. The freedom to do what I wanted really made this game stand out.

Perks are another aspect you can play without, but you will miss out on some options.   There are standard health and focus boosts and follower–focused ones. The stats you pick at the start are permanent but you can increase any skill all the way to 100 if you want.

Just like “Fallout: New Vegas” the speech skills are overpowered. Players can talk their way through the whole game. I know this because I did it. It was fun to smoothly talk yourself out of every situation and using guns as a last resort.

Lastly, the characters. Every character was enjoyable and I found myself never skipping dialogue because I wanted to hear what everyone had to say. Many of the named characters have interesting backstories which usually come into play when making big decisions. These decisions always pop up when you start a new area and do things for a faction. These choices do impact the story, and the ending, so you truly feel in control of your character.

Overall this game was really fun to get into and there’s a lot of depth. It’s definitely worth its price of $60.

Gameplay: It’s “Fallout 76,” but the RPG side with way less bugs.

Quests: Fetch quests were so good, I felt like a golden retriever.

Characters: They made me question reality.

Story: Like “Rick and Morty,” combined with “The Flash” TV show.