Coming of Age Among Wolves

A Review of "History of Wolves" 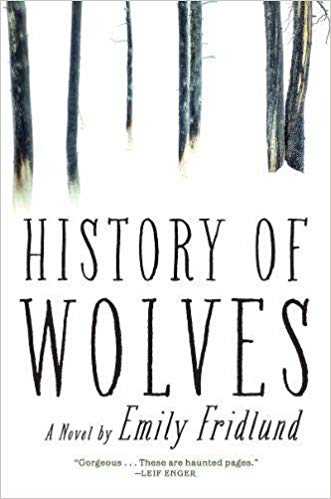 “History of Wolves” by Emily Fridlund is a fascinating coming-of-age novel written from the detached female perspective of a young woman named Madeline who lives in Minnesota. The novel explores her confrontation with various evils, ranging from social exclusion to the death of a child.

The strength of this novel lies in its ability to confront these evils from a wandering, dispassionate point of view, which unsettles the reader with an indifferent reaction to human suffering. This creates a tone of discomfort, where the reader feels uncertain about unfolding events and the protagonist’s point of view. Fridlund’s disorienting non-linear narrative flits backward and forward in time, sometimes within the same chapter.

The subject matter of this book is human evil, which crops up in various forms, whether it be male dominance, religious extremism, or parental negligence. Fridlund adds depth to the subject matter by not discussing evil in a binary way.

The characters who commit evil in the story are morally grey beings who believe they are making moral choices. An example of this would be Leo, a devout Christian Scientist who lives across the lake from Madeline, who believes he is curing his son’s illness by telling him it’s an illusion, saying, “Your stomach and everything else that lies to you and tries to pretend it is real.” Yet by doing this, he deprives his son of the medical care necessary to save him.

The novel’s themes include alienation, longing for family, and power dynamics between men and women, all of which affect Madeline’s journey throughout the novel. This novel is timely in its themes of religion, gender, responsibility, sexuality, and the injustices that can occur if power is abused.

This book would appeal mostly to a female audience because the protagonist has many experiences that are endemic to the female experience: inappropriate behavior from a person in a power position, dismissal or negligence from paternal figure, the death of a child, and social exclusion during adolescence. Despite speaking and communicating experiences from a female perspective, anyone can enjoy this book, especially if they want suspenseful tale that explores human evil and its causes in a realistic way.

In terms of whether or not this novel is character versus plot driven, the novel leans more character driven. This character-driven novel contains a plot that is strung together by moments that reveal who these characters are as people. Without Madeline, many events like her teacher Mr. Grierson’s alleged misconduct and Paul’s death have no causal linkage to one another.

All in all, “History of Wolves” is a great novel that can be enjoyed by any audience and should be read for its in-depth commentary on immorality.