The volleyball team hadn't won a game in three years. And then Brandon Bader came on as the volleyball coach. 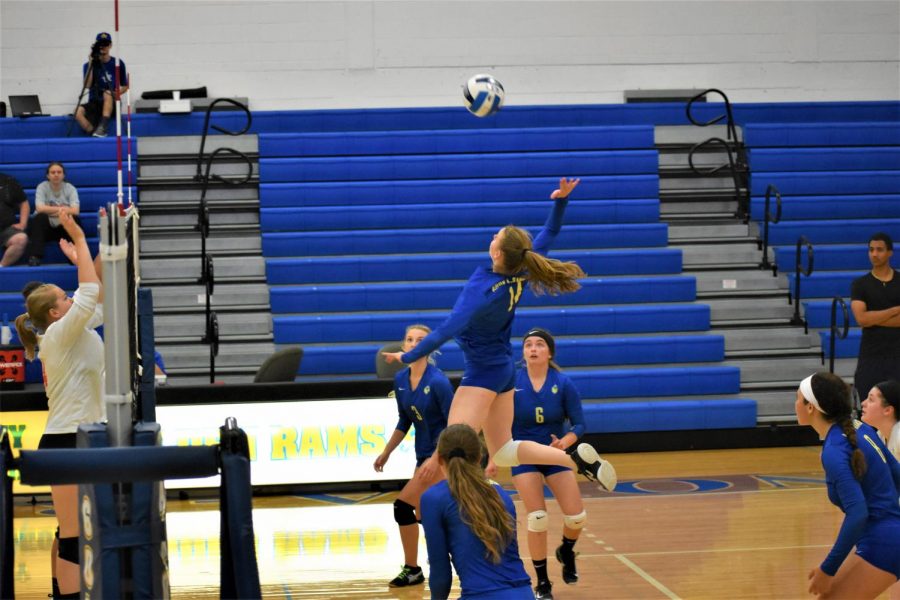 Last November, Bader moved to Minnesota and coached the Shakopee Volleyball Association club. One year later, he has his first season coaching volleyball at Anoka-Ramsey over the net. And it was mere months ago he applied for the job.

When Bader applied for the volleyball coach position at Anoka-Ramsey, he had doubts he was qualified enough to be a college coach. Anoka-Ramsey Athletic Director Dave Alto encouraged Bader to apply and, to Bader’s surprised, he was hired on.

“Steve the vice president gave me a call and said we would like to hire you as a coach, and I think I remember doing a victory lap around the apartment,” Bader said. “This has been the best thing that has probably happened.”

Bader said he loves the vision and goals the campus has and how interactive and involved Anoka-Ramsey President Kent Hanson is with the professors and students.

“There are some four-year schools that don’t have this level of support for their athletics and just their student body as a whole,” Bader said. “They empower people who they hire to make decisions and that’s important. You got obviously people you report to, but they really just leave you to your devises. I love it, I love selling the school to potential athletes because I think we really have that much to offer.”

The athletics department gave him a month to create a team. They gave him a spreadsheet of 100 students and said, “make a team.” Bader knew they weren’t going to win a ton of games, because they are a whole new team and hadn’t meshed or built chemistry with each other. But he figured, “new coach, new energy, that alone would get us to win three or four games,” Bader said.

When Bader was in high school, he didn’t know that volleyball was even available to men. But the man that asked him to play, is playing pro overseas and is part of the Legacy USA Volleyball club, which Brandon found out after the fell in love with the game.

“I have never felt the need to flex power, just not really my style,” Bader said.  This past season he focused on player intelligence and figuring out how to do stuff on the fly during games.

For next season, he has a white board in his office that is coded and laid out for him to keep track of what positions he has filled.

“The whiteboard is just how I keep track of my roster, recruits and commits. I look at things in a three-year window. The upcoming year has the most [things] as it’s how we’re aiming to shape our team in the immediate future. 2021 has an ‘early top 15’ and 2022 has an ‘early top 8’ of players we’re looking at,” Bader said over email. He has six players that have verbally committed for next year.

Bader wants the 2019 team to be remembered and get recognized with future players.

“We have everything we have because of 2019, now that we have it, let’s make it happen, let’s get to work,” Bader said.

During the off–season he is hoping that the team will build chemistry. For the 2020 season, there will be three returning players and ten new players.

“Next year I am expecting us to be better, I am leaving that open and broad by design, because it’s going to be a brand-new team,” Bader said.