Christian band Empty speaks out against hate through music. 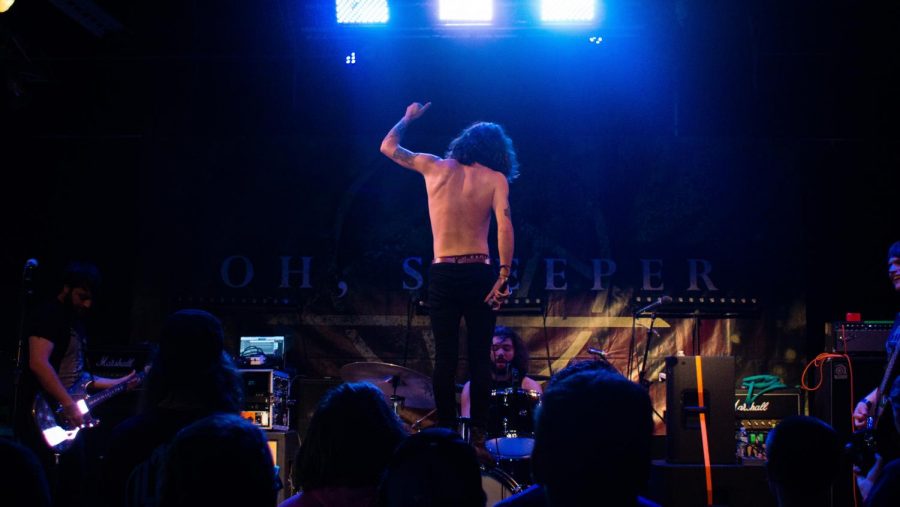 Empty playing their song “Spineless” at The Garage in Burnsville on Aug. 6.

We live in a burning world, where hate flows through cities like a cancer. Suicide rates skyrocket as the LGBTQ community always seems to be under fire from hate groups, religious extremists, and awful people. Their excuse for hatred and violence justifies nothing. The Westboro Baptist Church is a religious cult that brainwashes their members with hateful ideologies that mainly revolve around hating the LGBTQ community. Westboro protests funerals of soldiers waving hate-speech signs. Westboro constantly uses derogatory slurs on their signs, and against anyone who disagrees with them or supports the LGBTQ community.

One band has stepped up to speak out against hate, with a goal of spreading the love of God: Empty. Empty has preached this belief from the start of their career back in 2017. The South Carolina metal band has played many shows and spoke the love of their god through beautiful music, giving a once lost hope to their fans. Songs like “Slow Death By Fluorescent Lighting” speak directly about their beliefs, while other hits like “You Call Yourself A Shepard” prove that Empty has some weight to their claim.

In an interview with Ian Moran, the drummer for Empty, via Instagram about the significance of their new album, and to comment on the beliefs of the band.

“Our goal as a band is to spread love & positivity. We as Christians believe this through Jesus, but we believe all are worthy of love & acceptance. And high energy music inspires as well as people we meet,” Moran said.

I also asked Moran what the message of their newly released album “Hope and the Loss of It.”

“Hope is always there even in the darkest of times, light shines through. & too me personally that’s a very strong message that keeps the human spirit alive,” Moran said.  With their genuine kindness, and moral fortitude, With morals like this, Empty can help heal the hearts of those damaged by the hate in this world. 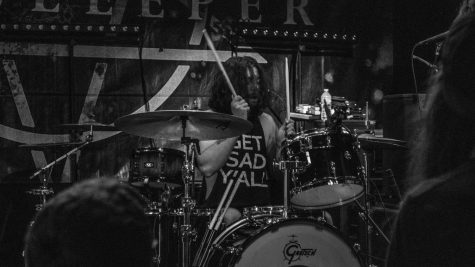 Jonathan NessIan Moran, drummer of Empty, playing “You Call Yourself A Shepard” at The Garage in Burnsville on Aug. 6.

Empty played at The Garage in Burnsville, Minnesota alongside bands Oh Sleeper, Famous Last Words, and Convictions on Aug. 6. Playing with hearts full of love and passion, Empty screams to fill the emptiness of the world by sharing their morals with the world. Before the final song of their concert, the lead singer of Empty, Gary Spears, sat at the front of the crowd and gave a powerful speech on their beliefs.

“We want to take a second and talk about what Empty is, and what we believe,” Spears told the crowd. “We believe in a loving God who loves you no matter who you are. Gay, bi, trans, straight, anything. God loves you!” You could feel the power in Gary’s words as the crowd cheered, some with tears streaming down their faces.

With all the hate dividing society further from each other, it is uplifting to see groups like Empty step up to challenge the hate head on. The world may be cruel, and unforgiving but bands like Empty are never gonna stop being the light in this dark world. Until man can learn to live, love, and accept one another with open arms there will always be a need for music, to bring people of all kinds closer together. To quote Slow Death Fluorescent Lighting by Empty, “without love, and without hope, we won’t make it through.”