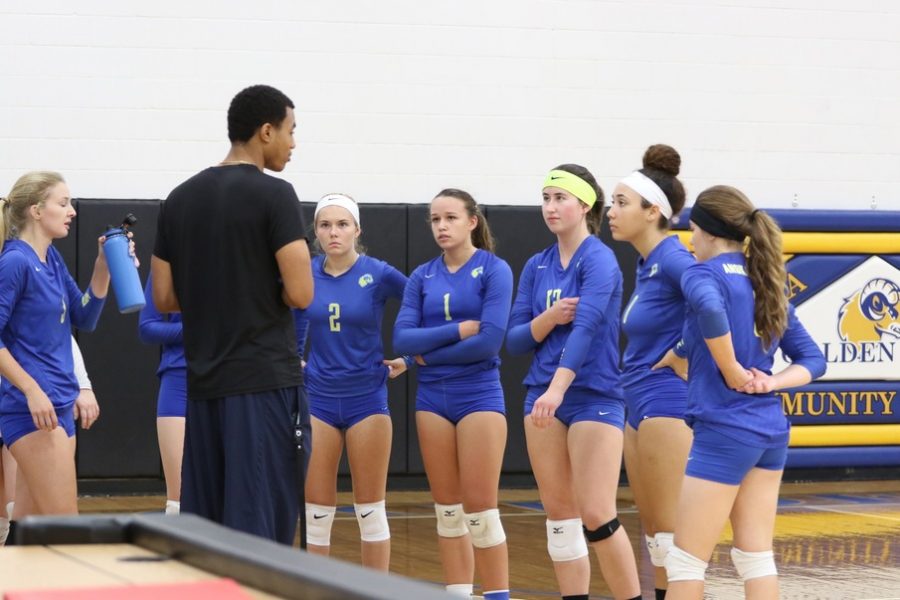 The Anoka-Ramsey Golden Rams hosted the Riverland Blue Devils in the women’s volleyball matchup in a noon game Saturday. The Rams won all three sets to guarantee the win. This is the team’s only win in two years after an upsetting season last year and a slow start this season.

The first set was a slow start for the team when they gave up an easy 3 points to the Blue Devils but the Rams came back up with determination. Later in the set, the team rallied and Amanda Richie had a nice save to give the team its twenty-third point. They were able to dominate the rest of the set 25-13. The other two sets were tighter. During each set, the Blue Devils would start with the lead but the Rams would finish of those sets with a win. The second set score was 25-22, the third 25-18.

The Ram’s new coach Brandon Bader was emotional after the game. “Through their hard work, and that’s exactly what its been, is their hard work, they earned their victory and now we don’t have to come back to practice that we were this close,” Bader said.