This summer was a busy one for me. June was spent helping with my sister’s graduation party (my little pain in the ass is going off to college *sniff*). July was spent dog sitting for a family friend and going down to New Orleans with my dad. August was less eventful but suffice it to say, I didn’t have a lot of time to write Glitch reviews. I did play a few games over the summer though and it would be a shame not to talk about them. This is a rapid-fire review of the three games I played this summer, in the order I played them.
1. Days Gone
Plot: The player takes on the role of Deacon St. John, an angsty biker struggling to survive in a zombie infested Oregon, while also battling his own personal demons. 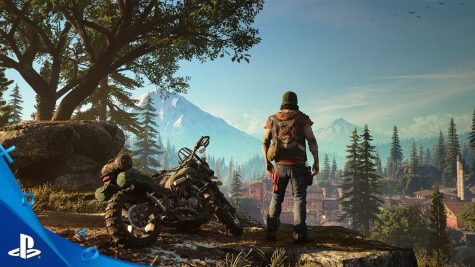 Ride or die in the zombie apocalypse

Cons: Constant frame rate drops while riding on the bike and running from the aforementioned horde of zombies, weird aiming with guns that can it make it hard to anything, Deacon shouts for no reason sometimes, boring side quests that just serve to pad the run time of the game.

Final Verdict: I had fun with this game but it’s not for everyone. The story takes awhile to get really interesting, which can be a deal breaker if you don’t have a lot of free time. If you want to play this game I’d suggest renting it from Gamefly or RedBox and see how you like it.
2. Rage 2
Plot: Return to the wasteland to kick some ass in this sequel to the 2010 cult classic with all new guns, vehicles, and superpowers!

Pros: Combat is insanely fast-paced which isn’t a bad thing, Nanotrite abilities spice up the combat giving players plenty of ways to dispatch enemies(Shotgun plus force push equals awesome), huge wasteland with swamps, canyons, jungles, and deserts to rampage through. 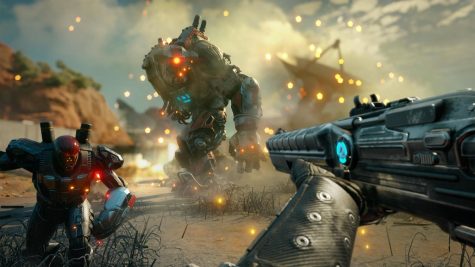 Blow away mutant monstrosities with an arsenal or crazy weapons and abilities.

Cons: Driving controls feel a bit clunky, the vehicle combat takes some getting used to (due to the clunky driving controls), the campaign can feel too short if you don’t take the time to explore the world.

Final Verdict: This game is what would if the 2016 Doom reboot had a baby with Mad Max Fury Road. That sentence was so bad-ass I just grew five new chest hairs from the sheer testosterone. Check this game out!
3. Marvel Ultimate Alliance 3
Plot: Play as some your favorite Marvel heroes and stop Thanos and his crew from getting all the infinity stones and destroying the universe.

Pros: You create a four person team from 36 available heroes, some heroes include Spider-Man, Captain America, Thor, Black Widow, and more, the combat is fun and unique for every character. 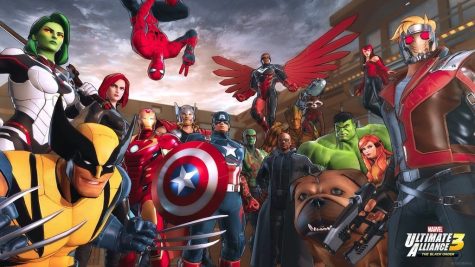 AVENGERS ASSEMBLE! Now split up into teams of four.

Cons: The game is only available on the Nintendo Switch, the game looks like it was made for the PS2, only the 4 characters currently in your squad get experience which makes it hard to use other characters later, not enough enemy types.

Final Verdict: The last Ultimate Alliance game was released in 2009 and boy oh boy was that decade wait not worth it. Even though it was fun playing as some of my favorite Marvel heroes, the novelty wears off way too quickly. If you want to see Thanos get his ass kicked, just watch Endgame for the fifteenth time.

I’m so happy to be back at The Glitch, and beyond pumped for the avalanche of awesome new games (and game reviews) coming this fall! So strap in because The Glitch is back babies.