Prepare to die more than twice 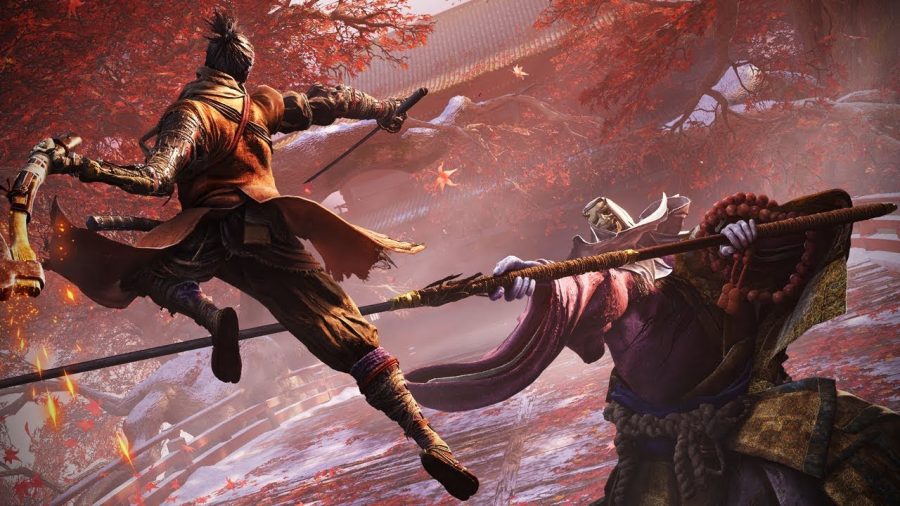 Sekiro: Shadows Die Twice is the latest title from the sadistic bastards at From Software. You play as a disgraced shinobi out to restore your honor and protect your master. That is easier said than done, as even the weakest looking enemy can put you in the ground with minimal effort.Let’s talk about the elephant in the room; this game is hard. Really, really, really hard. Sekiro is, by my reckoning the hardest game From Software has ever made. This can be attributed in part to the fact that Sekiro: Shadows Die Twice doesn’t have online co-op. In previous From games like the Dark Souls series and Bloodborne, you could get aid from other players online to lend a hand with a particularly difficult boss fight. Sekiro doesn’t give you that option. Because of this, the game can sometimes feel bleak. However, Sekiro makes up for the lack of co-op by giving you the ability to resurrect yourself after being killed (hence the name Shadows Die Twice). This ability can be used strategically by literally playing dead and waiting for the guy who killed you to let his guard down for a sweet dose of revenge.

Early on in Sekiro your character loses their arm and is left for dead. It’s not that bad though, as you wake up in a run-down temple with a snazzy new shinobi prosthetic arm. The arm has a built-in grappling hook that lets you zip around the map and catch your enemies unawares. This new arm of yours can also be fitted with shinobi tools that you’ll find along your quest. These shinobi tools can give you a distinct advantage against the various enemies in the game. For example, the firecracker tool can stun enemies, giving you time to get a few sword slashes in. That’s important because all of the combat in this game revolves around swordplay, unlike previous From titles that gave you a variety of weapons that had different applications in combat like spears and bows.

In Sekiro the only weapons you have for the majority of the game are your trusty katana, Kusabimaru, and your ninja tools. That might seem like a disadvantage when you’re facing off against generals with long spears, old ladies with throwing knives who are super spry for their age, and monkeys with rifles (I’m not kidding about that last one). This disparity actually works in your benefit. Because you only have one weapon, you learn how to use it in new ways in conjunction with your ninja tools like following up throwing your shuriken with a dash attack to close the distance between you and your foe. All these different tactics serve to achieve the end goal of combat in Sekiro: break down your opponents’ guard so you can land a deathblow. On normal enemies it only takes one deathblow to bring them down, but for bosses it can take two to four deathblows to finish the job. 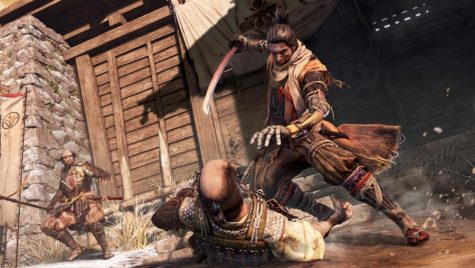 The music of Sekiro does a great job of immersing you in its world using traditional Japanese instruments. Drums and bamboo flutes accentuate the atmosphere of the game world. Some enemies even use the bamboo flute as a weapon to weaken you and then proceed to stab you with it. I wouldn’t have thought that a bamboo flute of all things could make a tense boss fight even more suspenseful. Oh how wrong I was.

Sekiro: Shadows Die Twice is not for everyone. The learning curve is steep and the game will probably be too hard for some people. Hell, at the time of writing this I still haven’t beaten the final boss of the game. There were times when I was playing that I got so frustrated I had to stop myself from throwing my controller at the TV (that’s not uncommon). With all that said, if you’re a glutton for punishment and relish the taste of hard-earned victory you should give Sekiro: Shadows Die Twice a try.

Story: Slice up bad guys and save your master.
Graphics: Feudal Japan in all its gruesome glory.
Soundtrack/Score: Traditional Japanese instruments heighten the atmosphere.
Replayability: High (if you can beat the game)
Overall Rating: 9/10