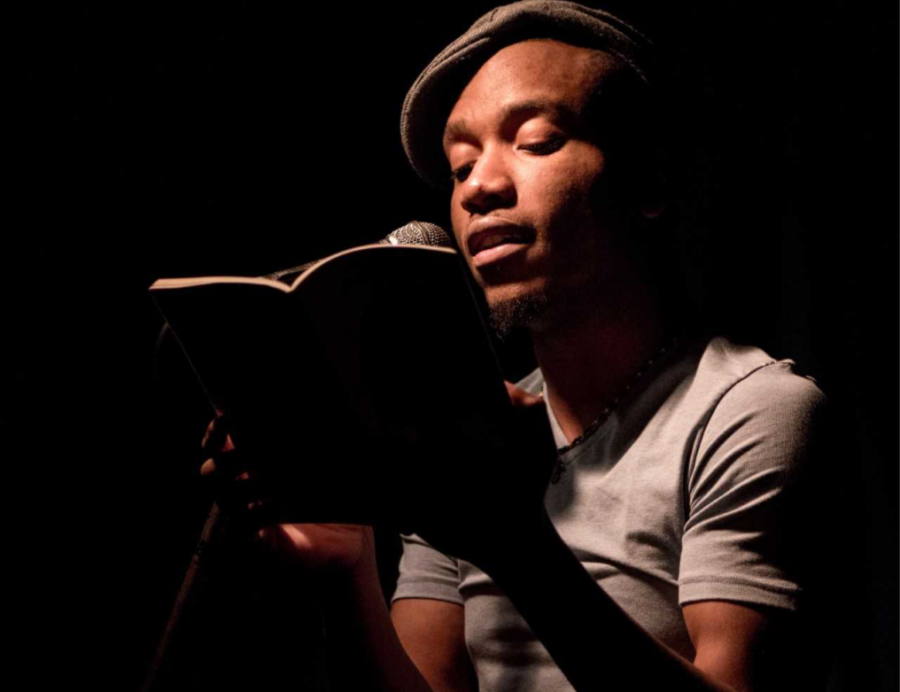 At age 20, Donte Collins experienced the devastating loss of their mother. This, along with violence and loss throughout their life, was the inspiration for their poetry. Their collection, “Autopsy,” is filled with sorrowful remembrances, societal commentary, and raw emotion. It mainly embodies death and loss, but Collins also touches on growing up and the challenges and discrimination they faced, different relationships with people throughout their life, and even the potential loss of their own life in “What the Dead Know By Heart.”

Donte Collins was named the first Youth Poet Laureate from Saint Paul. Collins was born in Chicago Heights and raised in Saint Paul where they still live. They are a poet whose written and spoken-word reflects their experiences living as Black, Queer American. As stated on Collins’ official website, “Their work holds a knife to systems of oppression and dominant power structures.” This is very much reflected in every piece of work throughout the collection.

Collins does amazing work with spoken-word poetry, and they manage to translate that rhythm and expressiveness into the written word by using purposeful breaks and punctuation as well as incorporating the idea of negative space in a couple of the poems.

In the collection, Collins dissects their self and their life, just as one would perform an autopsy. The collection is an autopsy on their life, but there are also specifics autopsies on social and political topics written in an ‘Erasure’ or ‘Blackout’ style, taking out words and leaving the remaining words in their original place. This is where Collins incorporates the idea of negative space, and it almost creates a picture, like Collins is showing the reader what’s important to them. This style is featured in “The Orphan Performs an Autopsy on Old Rondo,” and “The Orphan Performs an Autopsy on the National Anthem.”

Although most of the poems are somber, the introductory poem before the table of contents, “Death Ain’t Nothin’ But a Song,” is a calm before the storm, and a finale before the end. It’s not necessarily the acceptance of Collins’ mother’s loss, but the celebration of their mother’s life. The poem is spread out, with stanzas hopping from the left to the right side of the page—almost like a dance. It’s filled with references of happiness and nature, such as “she laughs & every mountain bows,” and “my mother now wears the world.” It feels like a warm conclusion before launching into the denial and heartbreak encompassing the rest of the book.

Throughout this gripping collection, I felt the grief, hardship, and passion from Collins’ powerful words. “Autopsy” embodies a 21st century zeitgeist and modern commentary that reflects a new-wave kind of poetry that only a young, promising writer would be able to procure.