Teams’ strong records could lead them into the post-season. 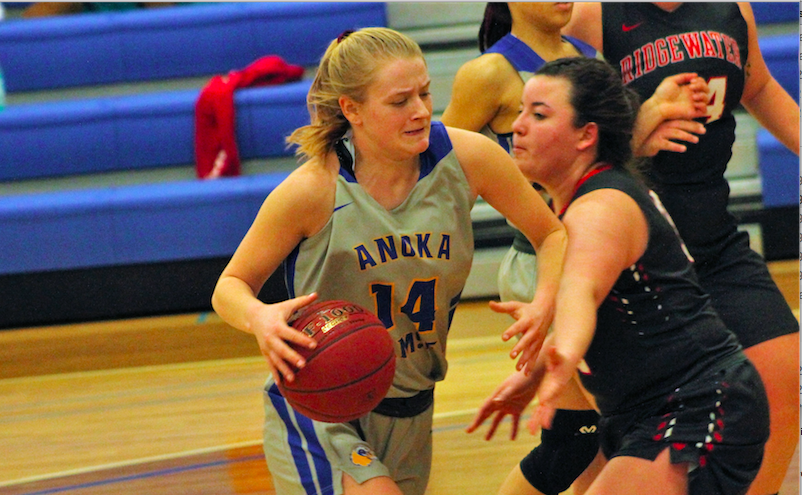 The men’s and women’s teams have each stayed on the positive side of their win-loss records, with the majority of the 2018-2019 Anoka-Ramsey Community College Rams basketball season completed.

The women’s team is currently powering through their season with 20 wins, and five losses. With a dominating victory on Jan. 25 over St. Cloud Technical & Community College, 92-42, the team started a new four game win streak. The team had previously been on a seven game win streak spanning from Dec. 15 to Jan. 19 until their close 69-65 loss to Western Technical College.

“We have been working hard and working together and that is how we have become this successful,” said women’s Assistant Coach Jessica Pelzel via email. “We have a very athletic team who just refuses to lose.”

Sophomore guard Mikayla Homola has been named the Minnesota College Athletic Conference Southern Division Player of the Week five times since Nov. 14. Homola has an average of 28.1 points per game, just under half of the team’s average.

“Mikayla is a great player and is near the top in the nation in scoring,” Pelzel said. “She isn’t the normal player we get here. She will be in the hunt for some post season awards I’m sure.”

While not as dominant, the men’s basketball team is currently at 15 wins and 10 losses. Between Nov. 30 and Dec. 15, the team was on a five game winning streak.

The men’s team has also been putting up strong numbers, with an average of 83.4 points per game and 46.5 percent of field goal attempts made.

Boasting two consecutive MCAC Player of the Week awards of his own, is sophomore guard Jalen Dunlap. Dunlap has an average 16.4 points per game, a 46.4 field goal percentage, 44.3 three point percentage, and 81.9 free-throw percentage.

The 2018-2019 standard season continues until Feb. 23. Pelzel confirmed that the women’s team was headed to the regional tournament, with a top 2 seed. The four team regional playoff will take place March 2-3 at Western Technical College in Lacrosse, Wisconsin.

“It’s been a fun ride,” concluded Pelzel, “and there is good reason to think we will have a deep playoff run.”