REVIEW: A Star Is Born 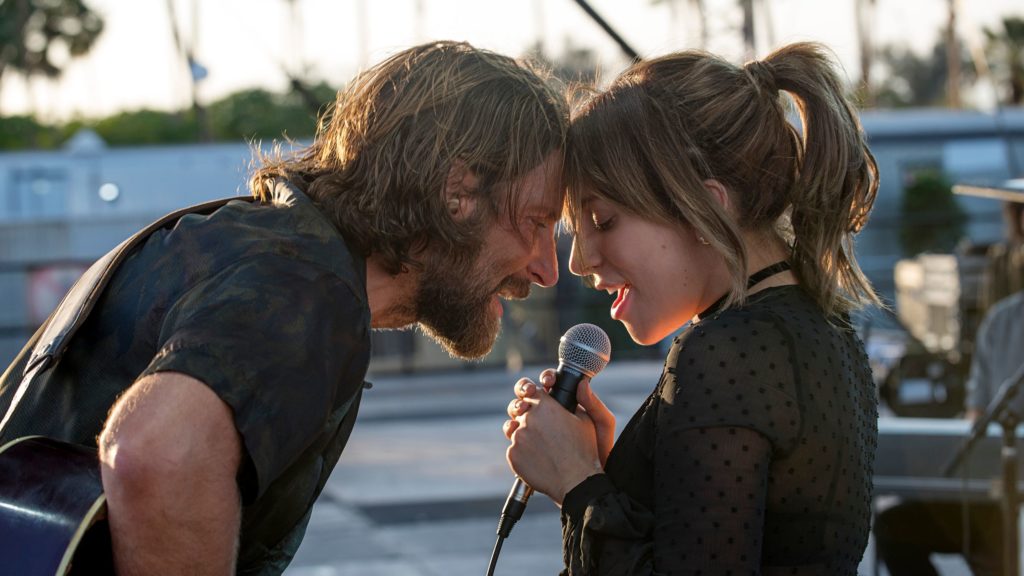 Raw emotion, love, and some of the best chemistry between two leads in a film in recent memory. This is what defines “A Star Is Born,” a film that succeeds in countless ways and fails in very few. One would find difficulty identifying a film that better represents the struggles of depression, giving yourself to another person completely and utterly, only to find that love can’t solve all.

Bradley Cooper and Lady Gaga are a force to be reckoned with in “A Star Is Born,” where each lifts the other up, their performances some of the best music to be released in 2018. A Star Is Born premiered on Oct. 5 and it has so far earned $370 million dollars at the box office under a $40 million dollar budget. It was recently re-released in stunning Imax on Dec. 7.

“A Star Is Born” has been nominated for best picture at the upcoming Golden Globes Awards, Lady Gaga and Bradley Cooper are nominated for best actress and actor awards, respectively. The film has amassed a collection of awards and nominations from award shows, including the upcoming 61st Grammy’s where the film picked up nominations for best record of the year and best song for “Shallow” off the films much praised soundtrack.

“A Star Is Born” tells the story of Jackson Maine (Bradley Cooper), a country singer who’s drug and alcohol addiction has slowly impacted his career. He eventually meets Ally (Lady Gaga) at a drag bar.

This modern interpretation of Ally is heavily inspired by Lady Gaga’s real life experiences, in particular her discovery in the drag/gay scene and her insecurities and self-consciousness about her appearance and the size of her nose.

Jackson is captivated by her talent as a singer and ultimately falls in love with her. Jackson is able to focus himself entirely on Ally, their newfound love helping him to recover from years of alcohol and drug abuse. This would not last forever, ultimately his old habits and patterns crop up again, Ally remains dutiful to him and does her best to be supportive, all while he spirals back into addiction once again.

This delicate narrative tells a story of two people madly in love, while Jackson struggles with his alcoholism, Ally is starting her singing career. Jackson soon becomes jealous and envious of her newfound fame, vocalizing that he thinks her music is not respectable or filled with meaning as it once was. Ally is placed into a position where she must comfort and support a man she truly loves, a man who is deeply troubled, while often enduring unfair and harsh treatment. Jackson and Ally are both dynamic characters with great emotional depth.

This film is directed with great care and its story told with great empathy. Despite the many faults of the characters in this film, you cannot help but desire for Ally and Jackson to thrive in their burgeoning relationship. The audience is placed in a position where they are the only ones who truly understand what each character is experiencing, what they are feeling. The amount of chemistry between Gaga and Cooper is nothing short of amazing, while performing songs “Shallow,” “Always Remember Us This Way” and “I’ll Never Love Again.” The film almost turns into a concert experience, only to be quickly turned into yet another beautifully acted scene that leaves you holding back tears.

This film touches on some of the most important and serious issues in society, drug addiction, alcoholism and depression. It doesn’t handle these topics with kid gloves, it presents them in raw and emotive scenes that will leave you breathless. Scenes will often turn you away from Jackson, only to remind you in a later scene he is still human and in need of love and compassion.

This film is not for the faint of heart. It will drain you emotionally and put you in a whirlwind of feeling. Yet viewers will still walk out of the theater knowing that what they just watched was meaningful and important.

“A Star Is Born” is my film of the year, not because it’s the best film, but because it’s the most memorable. Watching this film I felt like I got to know these characters, empathize with their situation and troubles, and be blown away by the terrific performances from the cast and crew.

I left the theater pulling up my phone to reserve another seat for tomorrow’s viewing, puffy eyed and mesmerized. There have been several films this year that could easily be considered the best, Black Panther is undoubtedly the most impactful film of the year, its social and societal contributions will likely be remembered for years to come. “A Star Is Born” stunned me emotionally, but still left me wanting to watch a second time, which does not happen with every film.