Red Dead 2 is Back in the Saddle Again 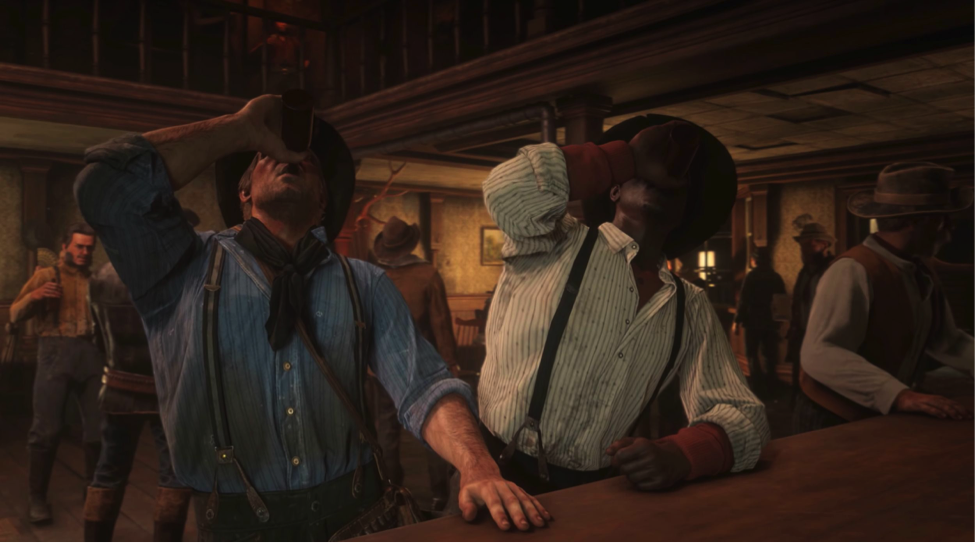 By Ben Tenyes, The Glitch editor

Eight years ago, Red Dead Redemption cemented itself as one of the most beloved video games ever made. This year its sequel is doing the same. Red Dead Redemption 2 delivers a compelling and emotional tale of survival and disillusionment in a civilized world that no longer wants you. You play as Arthur Morgan, a trusted confidant and member of Dutch Van der Linde’s gang of misfit outlaws. After a botched heist the gang retreats into the mountains to escape the government agents hot on their heels.

The world of Red Dead Redemption 2 is absolutely breathtaking (and you don’t need a high end PC to appreciate it). From the frigid, foreboding Grizzlies, to the rolling plains of New Hanover, to the alligator and redneck infested swamps of Lemoyne, variety is not something this game lacks. Besides being a treat for the eyes the game gives players plenty to do like bounty hunting and fly fishing. Sometimes you’ll run into strangers who will ask for your help with a problem. I came across a black doctor whose medicine wagon was stolen by racists. When I returned it to him the kind doctor gave me some medicine recipes for the trouble. There is a plethora of mini games within Red Dead Redemption 2. If you’re feeling lucky you could try your hand at poker or black jack. If you are more of an outdoorsman there are plenty of good fishing spots. You might even catch a legendary fish. All of these activities are great for distracting you from the futility of running from the law. 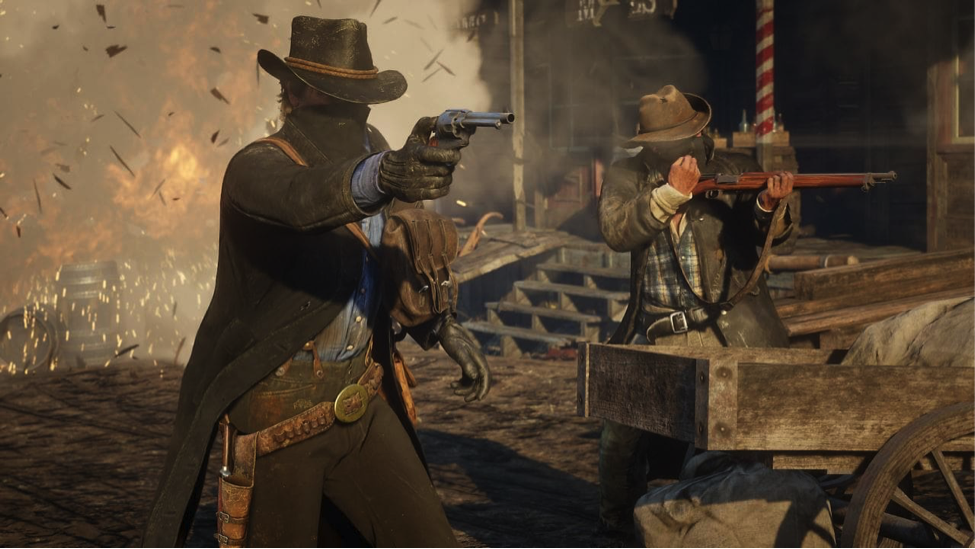 A screenshot of Red Dead Redemption 2.

Speaking of which the law plays a huge role in this game. If you decide to go on a killing spree because some drunk looked at you funny in the saloon, the town will be locked down and every lawman within a 2 mile radius will come out of the wood work to bring you to justice. If you don’t feel like being America’s most wanted you can go to any train station and pay off your bounty. Sometimes you can defuse crimes before they even happen. I accidentally knocked over some guys while trying to hitch my horse outside the saloon in Valentine. Those fellers looked right agitated so I diffused the situation (I pressed L2 and Square on my PS4 controller).

The music of Red Dead Redemption 2 blends perfectly with the setting and characters to make a soundtrack that would make Sergio Leone proud. It can be subtle at times and grand at others. At the beginning of chapter two for example, the Van der Linde gang leaves the mountains and head east to find respite from the law. As they trek through the breathtaking creeks and waterfalls, a haunting chorus serenades them. That’s just one example.

I can’t think of anything majorly wrong with Red Dead Redemption 2. Any complaints I have are just nitpicks. The story is long and engaging. The characters are unique and memorable. The world is captivating and inviting. If you’re not already playing this masterpiece you will be soon.

Replayability: I’ll let you know when I find out.