Telling stories of identity in an industry and community that has long been without.

The games industry and its community of gamers have long told stories about a wealth of different cultures, perspectives and ways of life. Yet one group of people have long been excluded from this interactive narrative story telling medium.

Queer people have been gamers as long as games have existed. Gaming is an experience that is not exclusive in who it can attract. However, the narrative stories have largely glossed over this part of the gaming community, and many questions remain as to why this happens.

Any gamer worth their salt can tell you that all you need do is join a match of Call Of Duty and you will hear homophobic expletives hurled at player after player without much thought given. The use of homophobic insults in online gaming has existed for as long as online gaming has. This is indicative of the toxicity that exists within the online gaming community, for not only queer people but also women and other minorities.

Independent game developers, or indies, have long been a bastion of hope for those who desire a narrative experience that touches on queer identity and subjects. These small development teams, consisting of a mere fraction of what major studios have at their disposal, tackle topics and issues that have been relatively untouched thus far.

In 2013, The Fullbright Company developed and published the critical darling that was Gone Home. It tells the tale of a young woman who returns home from being overseas to discover her family home empty. As she explores the home and discovers clues to her younger sister’s disappearance, she would uncover something The New York Times has called “The greatest video game love story ever told.” Gone Home succeeds in telling a relatable story of a young girl’s coming to terms with her sexuality, the pushback she experienced from her parents and how through it all she never denied who she was, even if that meant leaving much of her past life behind.

Another game that was noted for its accurate and open representation of queer people was the 2015 episodic game Life Is Strange, developed by indie studio Dontnod Entertainment and published by Square Enix, a major publishing company. Life Is Strange had the unique position of being developed by an indie studio, but receiving financial backing and distribution by one of the largest publishers in the games industry. 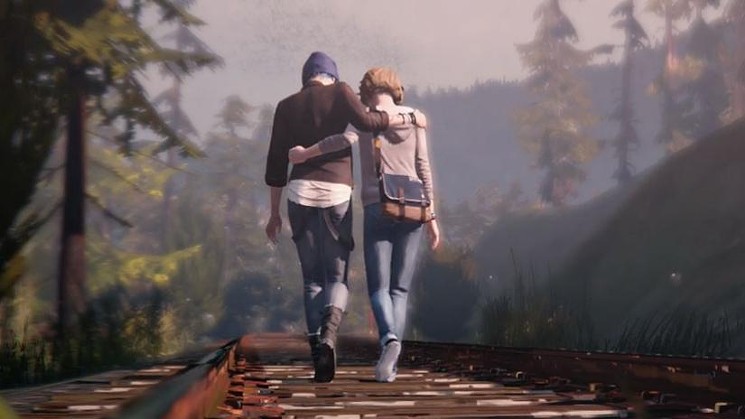 Screenshot of Life Is Strange. Image courtesy of Dontnod/Square Enix.

Life Is Strange tells the story of two teen girls and their loving relationship. It features a colorful cast of queer characters and iconic moments. Its prequel, Life Is Strange: Before the Storm, delved even deeper into these queer concepts. Telling the tale of two teen girls falling in love and how their lives were impacted by it, the game is heralded as one of the most overt queer stories ever told in gaming history. Its critical and financial success was a signal to major studio developers that queer stories could be told, at no cost to the success of their game.

For the first time in games history,  a major studio developer in 2018 featured its main protagonist as an openly queer character. At the E3 games convention in Los Angeles, developer Naughty Dog unveiled its new trailer for their upcoming game The Last Of Us Part II. It showed Ellie give a kiss to her girlfriend in front of the entire games industry and its community, something that would be unheard of a few years ago. Naughty Dog featured Ellie in the first The Last Of Us in 2013 as a second lead non-playable character. Her sexuality was not touched upon until a downloadable story, Left Behind, was released that featured Ellie in her early teen years exploring a relationship with her friend Riley. 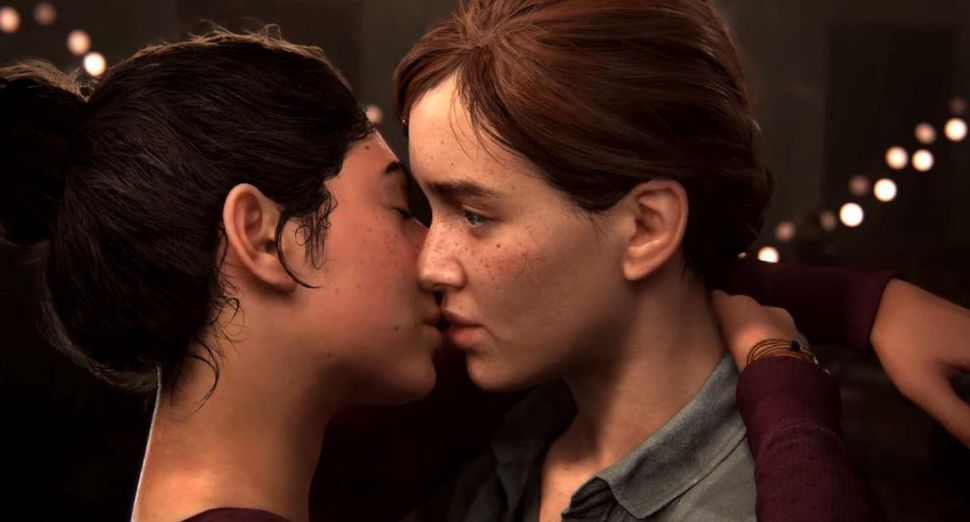 Screenshot of Last of Us Part II. Image courtesy of Naughty Dog.

The Last Of Us would go on to become not only one of the most financially successful PlayStation games ever released, but win over 200 game of the year awards and become known as one of the greatest video games ever created.

Druckmann wanted to avoid the topic of her sexuality in the first game in an effort to let players get to know her as a person first, then reveal her sexuality in Left Behind at which point it would be harder for people to reject her.

Druckmann said he consulted with several colleagues who are gay to assist in accurately portraying a queer experience and avoid committing any offense.

Queer stories are being told in increasing numbers in the games industry. The success of several games has withered away the fear of these stories harming sales. These stories offer insight into identity. They can inspire and motivate people to look at things a different way and possibly rethink outdated beliefs. We must encourage more to be told, but also ensure the stories themselves do queer people justice and don’t reinforce generalizations and stereotypes.

Games like Gone Home, Life Is Strange and The Last Of Us offer interactive experiences to engage with a perspective that many people may be ill informed on. Through games, we can simply tell a story. Our story. No matter your sexuality we all have interesting stories to tell that can move people, make them laugh and inspire them.

Queer people have long been excluded from telling our stories in games, but the winds of change are pointing to a very bright future that one could even call colorful.