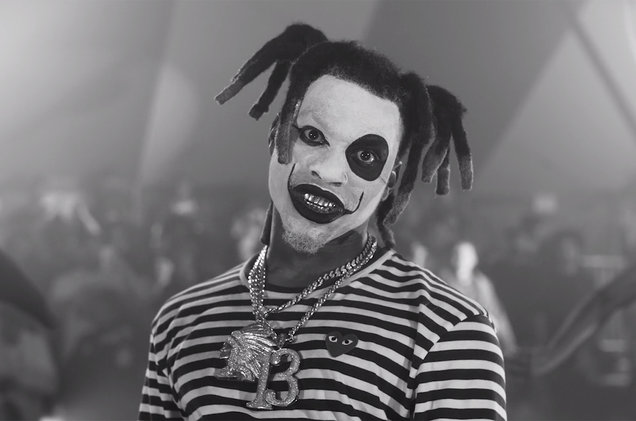 Curry’s latest album touches on mental health, negativity in the hip-cop community and the blackest of balloons.

Curry’s latest album touches on mental health, negativity in the hip-cop community and the blackest of balloons.

Over the summer on July 25, 26 and 27, a month slightly past Xxxtentacion’s death, one of X’s close friends in the game, Denzel Curry, digitally released his third studio album titled, “Ta13oo.” This album focuses heavily on Curry’s personal life and his existence in the independent rap game, in an era where many unworthy artist have risen to fame with little to no hustle, essentially via Youtube and SoundCloud. Ta13boo is an album split into three Acts, “Act 1: Light,” “Act 2: Gray” and “Act 3: Dark,” each with its own release date.

Throughout “Ta13oo,” Curry walks listeners down many paths that speak on shaky topics such as paranoia, molestation, depression, gun violence, drug abuse, wealth, and the current setting where the music industry lies in Curry’s eyes. “Act 1: Light” serves as a more sensitive and personal segment of the album.

The first song, “Ta13oo” is very melodic but with a acceptingly dark and frustrating substance. Curry sings on the chorus, “Welcome to the darker side of Ta13boo/All I’ve got is permanent scars and tattoos/Take another step in the path that you choose/Make a bad choice in your path then you lose.” Also, before he sings the chorus he channels a persona under the name “Denny Cascade,” which he used on his 2013 debut album “Nostalgic 64”, where a more sensitive side of Curry first appeared.

After the chorus and bridge, Curry begins rapping in a conversational tone. His first line of the verse is, “Gorgeous beautiful Taboo, always with a lot on her mind.” Curry identifies Taboo as a female in this verse, who has suffered a lot of emotional and physical abuse from molestation. Curry further raps about the distance between each other’s struggles, yet strongly sympathizes with her and wishes he could take away her pain. This song is laced with fragile and sharp metaphors that could have double meanings, an aspect of Denzel’s writing that makes his style unique.

After “Taboo,” “Black Balloons” float upon us, where Denzel speaks on the paranoia of the public falsely accusing him as a rapper who doesn’t push positive messages and knowledge, due to his background, resulting in suicidal thoughts. In the beginning of “Black Balloons,” Curry says that “Taboo and I are in the same boat,” which I believe is Denzel metaphorically saying that we all struggle and are never truly alone and/or he is still telling a story about him and the woman. At the end of Denzel’s verse he says “Soon black balloons pop, that’ll be the day the pain stop.” This is foreshadowing the final event Curry portrays in a music video for “Act 2: Gray.”

In conclusion to “Act 1: Light,” is “Sumo” where a more energetic Denny is released, with a harder trap instrumental. Curry states he wants the “knowledge and the power” and to become “Denny the new hope.” Denzel is a young artist at 23 and realizes he still has much to learn and is vulnerable but also hungry and eager to become even more educated in his art and life.

As “Act 2: Gray” shouts its way in with “Super Saiyan Superman,” Denzel vocally transforms into a more aggressive or “super” version of himself. Denzel creates a loud shout and uses the term, “Super Saiyan” from “Dragon Ball Z” to metaphorically let his listeners know he is about to deliver intense raps. This song serves as a shocking intro to “Act 2: Gray” and takes his knowledge and power up a notch.

Next is “Switch It Up,” where Denzel speaks on gang violence and people using him, making it hard to tell who appreciates him. This is a common issue in fame but at the end of the chorus, Denzel portrays that he will not slow down his grind by rapping, “I’ma get money by any means, run it up.” In the first verse of the song, Denzel speaks on a specific situation where his so-called friend pulled a gun on him. When reality needs to be set in place, Denzel is true to tell how phony he thinks it is.

As “Sirens” swarms in to play it is undoubtedly an important track off “Ta13oo.” On the track Denzel speaks on police brutality, unarmed citizens and his opinion on the status of the United States. Denzel dedicates this song to Trayvon Martin and Denzel’s brother Treon (nicknamed Tree) as he raps, “This for Trayvon and Tree/Burn the bush and chronic, speakin’ honestly/We livin’ in colonies, CNN sit-comedies/Monstrosity run rampant all throughout United State /Talkin’ about ‘let’s make a fort’/Talkin’ about ‘let’s make it great.’” Denzel dedicates this song to Trayvon Martin and Denzel’s brother Treon Johnson because they were both by police brutality. Not only did Martin’s case get covered by international news but Denzel went to the high school with him. Denzel expresses that he does not feel we are living peacefully together and that our president does not suggest great solutions by using a play on Donald J. Trump’s slogan, “Make America Great Again.” 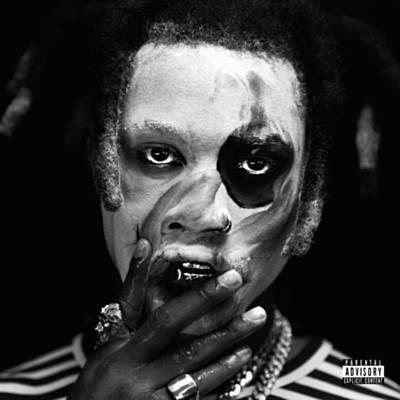 Denzel then steps into “Act 3: Gray” with “Clout Cobain” where Denzel speaks on his existence within the current rap game. He says in the pre-chorus, “I just wanna feel myself/They want me to kill myself.” Denzel speaks how he wants to rap about important topics but struggles with the idea that many modern hip-hop fans are only set on drugs, guns, violence and social because this type of hip-hop content becomes the most popular.

In the accompanying music video for “Clout Cobain,” Denzel views the modern rap game as a circus, where Denzel is not the ringmaster of the circus but simply a clown, part of a circus act. As Denzel is chained at the wrist, the ringmaster leads him to the stage, where there is an audience of young adults drinking lean (which is a popular drink made of codeine and soda), popping pills, throwing money and receiving face tattoos representing drug abuse and violence.

Denzel begins performing for them, as he portrays he has no other choice but to entertain. During this performance, Denzel pulls out his phone, along with a gun and begins a live stream. While he waves around the gun aimlessly online as an act of madness, you sense the industry has taken him over and turned him into what he is against. As Denzel suddenly returns to his true mindset, he is overwhelmed with what he has become and abruptly commits suicide.

As the shocked crowd is shown, the camera turns away to Denzel’s body with a black balloon hovering over that instantly pops. This song and video addresses rappers that constantly talk about drugs and violence, while brainwashing audiences into thinking it is cool, while record companies sit by these artist collecting money as well. Denzel is portraying not only do these types of artists ruin the hip-hop community but that they also ruin the artist themselves, by either overdosing, committing suicide, or calling quits on a musical career.

With “Act 3: Dark” slashing into our ears, we have tracks “The Blackest Balloon,” “Percz,” “Vengeance,” and “Black Metal Terrorist.” As the “Blackest Balloon” floats upon us first, Denzel talks about how many in modern hip-hop culture are making reality feel like a horror movie. Denzel stresses that a majority of hip-hop artist will not change until they realize drug abuse is not cool. To Denzel, it is hard to tell how long it will take, as he states, “Ain’t s*** changed since Lil Peep died.” As global drug epidemics continue, Denzel continues to not fit in as he says, “Leave me in the cold, but you’ll never take my soul.”

Next is “Percs,” where Curry is putting his foot down again on artists who glorify drug abuse are bland artists overall. For example he says, “Get it straight/I innovate/You ad-libs on an 808” which means Denzel creates non-generic rhymes and flows, rather than basic rappers who repeat the same lines in the same boring and guessable format. Denzel reminds the listener that you could listen to someone who takes pride in their artistic writing and has spent far more time in it.

After “Percs” is “Vengeance,” where Denzel channels into his ultimate persona he calls “Zeltron,” who lyrically destroys whatever is in his path. This could also be the persona that was present in “Super Saiyan Superman” and arguably who is present throughout Act 3’s entirety. Denzel is again hungry for lyrical revenge and wants to eliminate the basic rappers and the faults in the music industry.

Lastly, “Black Metal Terrorist” fires at your ears with Denzel on the chorus singing, “Finish ’em, Zel, finish ’em, Zel/I give ’em hell, won’t wish ’em well/Finish ’em, Zel, finish ’em, Zel/I’m raising hell, send ’em to hell.” As the chorus plays, Denzel’s sincerity gives you a feeling that “Ta13oo” is coming to a final conclusion as he prepares to “finish em”. Denzel delivers a rapid and violent fire flow in the verses, but with a smooth and catchy chorus. He is coming for the throne with real thought provoking lyrics, whether they are dark, light or gray. Denzel is definitely not taboo.