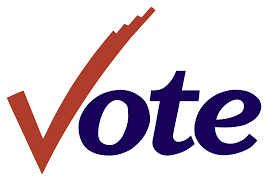 By voting on Tuesday, Anoka-Ramsey students can regain their voice and lift up one another in troubled times.

This is a tumultuous time in American politics, with more Americans divided by partisan politics than ever before in American history. It is understandable for some to feel overwhelmed and desire to remove themselves from a political climate that is defined by one-sided tribalism and party politics.

Many have lost faith in the election process. They cite such examples as Hillary Clinton winning the majority of American votes but still losing the election due to an outdated and archaic electoral college. Bernie Sanders supporters are unhappy over the way in which the Democratic National Convention handled his candidacy.

It has been two years since that day in 2016 and many Americans are asking themselves why they should vote in the upcoming midterm elections. Why does their voice matter when it oftentimes is not recognized or heard?

In America, citizens have a say in the governing of their country.  We hold the power to better our own situation and status in life through active political participation. Then why do we feel unheard? According to a Pew Research study, 46.9 percent of eligible voters did not participate in the 2016 presidential election, which is approximately 117 million Americans. If we desire change in our country we must participate.

To see change happen and affect the American narrative, we must vote. We must also make sure our friends, family members and classmates vote.

There are many issues facing America, from immigration to healthcare, civil

rights to environmental protection. To better our future and ensure future generations enjoy the same quality of life we have grown accustomed to, we must do our part to keep this country on the right path, or possibly correct ourselves if we’ve strayed too far.

“Colleges campuses have proven to be a flower bed of exciting ideas and humans with thought processes geared toward causing paradigm shifts in the world of politics,” Anoka-Ramsey student senate President Elijah Muhammad said. “Being informed, doing research and most importantly voting will open up the world of politics to anyone seeking to be involved.”

Queer and trans people are a demographic that is no stranger to having their voices stifled and victim to abhorrent acts of discrimination and hatred. The LGBTQ community has been defined by this terrible treatment as much as their resilience to march onwards towards a brighter future. Within electoral politics, this resilience was spearheaded by noted leaders in the community such as Harvey Milk, the first openly gay politician in the U.S. He is remembered for his inspiration to no longer hide in the closet and come out to the world and be heard. We must remember these lessons and not let them fall by the wayside of history.

This inspiration and resilience is of importance to the LGBTQ community at Anoka-Ramsey.

”These are exciting and challenging times to be LGBTQIA+ in the U.S.  We have a record number of LGBTQIA+ politicians in office, but we have a president who is trying to essentially erase transgender people by redefining gender,” Queer-Trans Union Advisor Aidyn Hillyard said. “It’s tempting to tune out and give up, but we owe ourselves more than that. This election day, we have the opportunity to shift the balance.”

Latinx people have been affected by the current political climate in America more than most, oftentimes treated as an “other” in this country. They are also a people that are defined by their sense of community and willingness to go above and beyond to provide a better standard of living for their family and loved ones. Undocumented immigrants from Central American have been most affected by the new immigration laws threatening to impede the existence of this demographic in the U.S.

It is essential that Latinx Americans make their voices heard by voting to ensure their rights are protected and laws passed best represent their valued interests.

Immigration issues are felt deeply by students on campus. Anoka-Ramey Latinx club President Emmanuel Rojas just became of a resident of the United States at age 27.

“People like me and others [are] affected by voter outcomes. For this reason, I encourage anyone who can vote. If you don’t vote you may not have a reason to complain but furthermore, these decisions can possibly make or break us,” Rojas said.

Identity politics are polarizing. Many Americans feel there is too much emphasis on individual identities and not enough on core issues such as jobs and healthcare. But identity is politics. How we see ourselves and how we are represented in our nation is one of the pillars of American life.

We must do our upmost to ensure we are seen and heard in the political forum. Minorities are less heard and lack political clout compared to white, middle-class Americans. Minority communities unite to lift each other up and further their position in society. This is something that should be praised not shunned.

We must all use our voice to make ourselves heard, loud and clear. If we remain passive Americans, we are consigning ourselves to a future where people who don’t appreciate or understand us make decisions on our behalf.

If you are dissatisfied with the current state of America, and you desire a change in leadership, voting in the midterm elections is the best way to immediately impact the future of America. If you like the direction America has taken and you think current leadership is on the right path, voting this Nov. 6 will ensure that path is protected. Regardless of ideology, whether you’re liberal or conservative, Republican or Democrat, our voices hold value and merit.

On Nov. 6, the midterm elections of America commence. If you are of legal voting age, or will be 18 years old by this date, you can vote. In Minnesota, people with an active felony sentence and undocumented immigrants are the exception. People can register at the polls.

Let us make our voices heard. Let us hear the perspectives of every American represented. America is a melting pot of diversity, with a beautiful spectrum of cultures and people. When only a portion of these people are actively participating and are largely unheard, this is a failure by us.

We can change that with our vote.