A Senate in Recovery 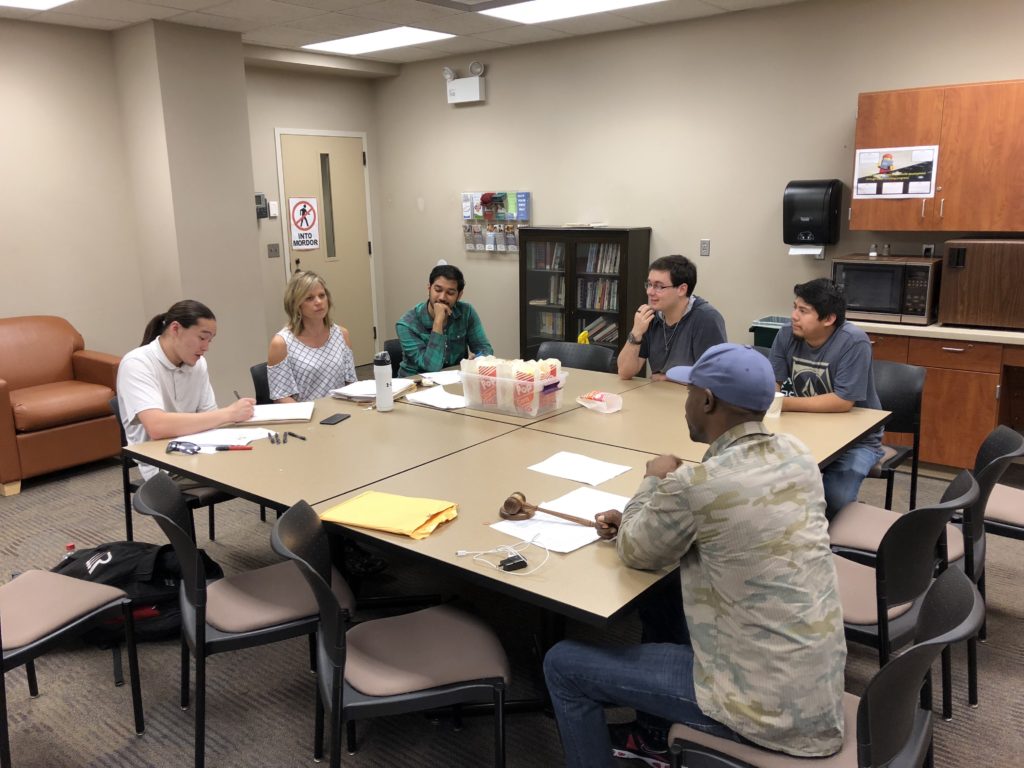 Senate president Elijah Muhammad has been reinstated following an investigation into his campaign behavior from incidents in April of this year. The investigation was requested by Anoka-Ramsey President Kent Hanson and conducted by system director for student development Paul Shepherd.

Muhammad was accused by a fellow student of inappropriate campaign behavior when he began telling students to vote for student senate by way of an email that was sent out to all of the student body last spring. In a document obtained by The Campus Eye that details the investigation and its findings, Shepherd found the email to contain vague wording.

He said that the email with the link to vote could be misconstrued as a survey due to the subject line “we want your opinion.” Shepherd concluded it would not be unreasonable for Muhammad to fear that students would be unaware that the email was indeed the way by which to vote, and so Muhammad proceeded to inform them where to vote, not how to vote.

The investigative document also held suggestions from Hanson for how best to avoid such issues in the future, first among these being to add clarity to the discipline and removal section of senate bylaws. “Creating stronger election rules which clearly state appropriate and inappropriate campaign behaviors,” was also noted as well.

Now that the investigation is complete, the senate is proceeding with its usual tasks and responsibilities.

“Things are returning to normal, I have hope for the future,” Muhammad stated recounting the events of last spring and where things stood now. Muhammad noted how grateful he is for those who have helped him through this process, in particular Michael Dean from LeadMN, a senate oversight organization.

“There is a huge turnover, students leave every year only to be replaced by the next line of senators. My organization helps with that, we work with the students,” Dean said as he detailed the difficulty of maintaining consistency within the senate, and how his organization helps alleviate these issues.

There are those within the senate that reinforce what Muhammad has stated, senate member Elizabeth Soria said, “Things within the senate can be hectic but I’m optimistic for the future. Elijah is trying, we all are.”

“This is a process, we are developing leader,” Dean stated describing how LeadMN works with the student senate, educating and training the senators.

This semester, student senate meetings have continued on with business, discussing and detailing their plans and goals for the semester. On Sept. 19, mandatory equity training for all senate members was conducted. Within the senate itself many new appointments have been carried through and positions filled, the senate notes that new members are needed.

Voter registration, training and redefining the senate after the events in April all remain the focus for the student senate.

In a statement of reassurance to the student body he represents, Muhammad said,

“I’m honored to be part of an award winning team and humble to serve as ARCC Student Senate President. Through this lens I approach each day with the interests of the students at the forefront of my thoughts. It is the mission of the ARCC Student Senate to help raise the graduation rate of our campus through ‘real life’ outreach, connectedness and working together. Muhammad ended his statement with a quote from American politician Margaret Carty: “The nice thing about teamwork is that you always have others on your side.”