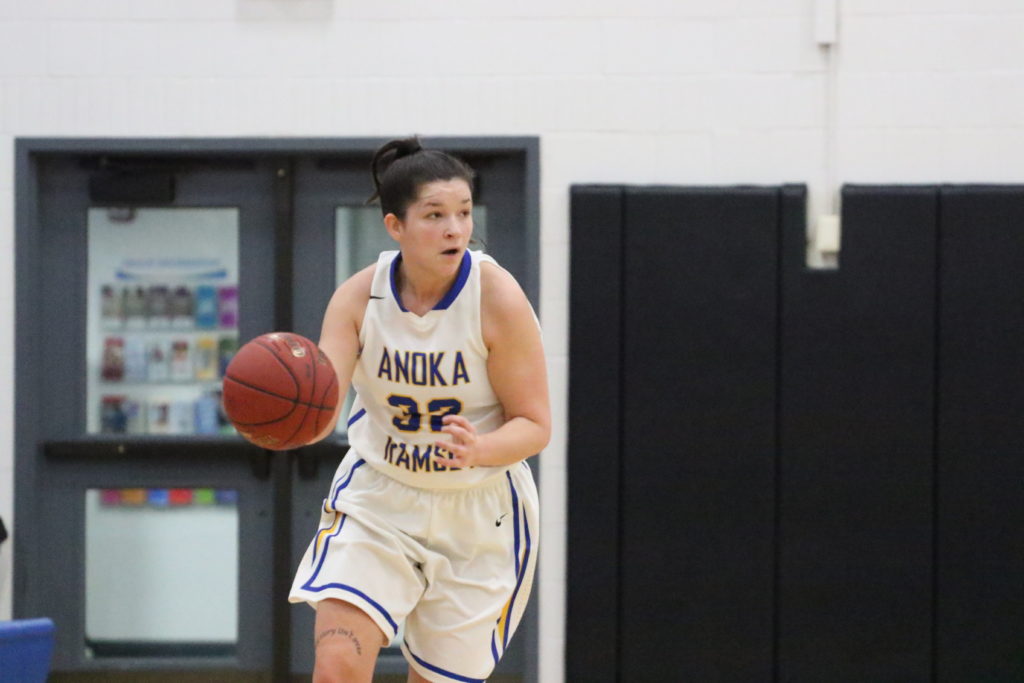 Maegan Mckernon looking up the court with the ball

The women’s team made it to the postseason, which was one of their main goals for the season. The team entered the postseason with a record of 11-15. Five of the teams last 11 wins came in the month of February, this success helped propel them to the postseason.

The team had to play against Rochester Community and Technical College, who had a good season. The team was close at halftime, but Rochester came strong out of the gates in the third quarter. Rochester scored 27 points in the quarter. Rochester was able to pull away, and eventually win the game by 16.

Even though the team lost their first game in the postseason they were happy to be there. The team made it to the championship last year, and they were hoping to repeat.

Unfortunately, the team didn’t get to play at home like the men’s team did.