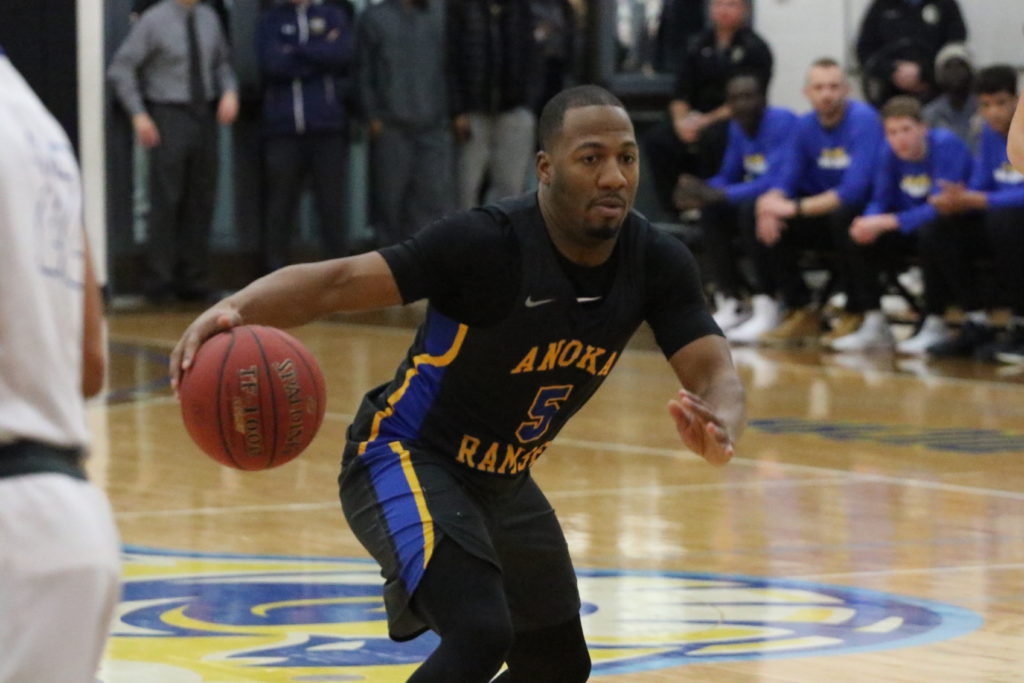 The men’s team had a strong end to the season, winning their last game by nearly 30. The team hit triple digits in their last game for only the fourth time this season. The boys entered the postseason with a record of 17-10.

This year the regionals were held at Anoka-Ramsey, giving the team home-court advantage throughout the tournament.

Anoka-Ramsey played their first game of the postseason against Mesabi Range CTC, winning by 30 points. The team then had to play Vermillion Community College, which they had no trouble taking care of. Anoka-Ramsey won by 15.

Next, the team had to play one of the best teams in the region, Minnesota West Community and Technical College. This game was the championship, on Anoka- Ramsey’s home court. Unfortunately, the team lost. But the silver lining was that the team made it to the championship two years in a row.