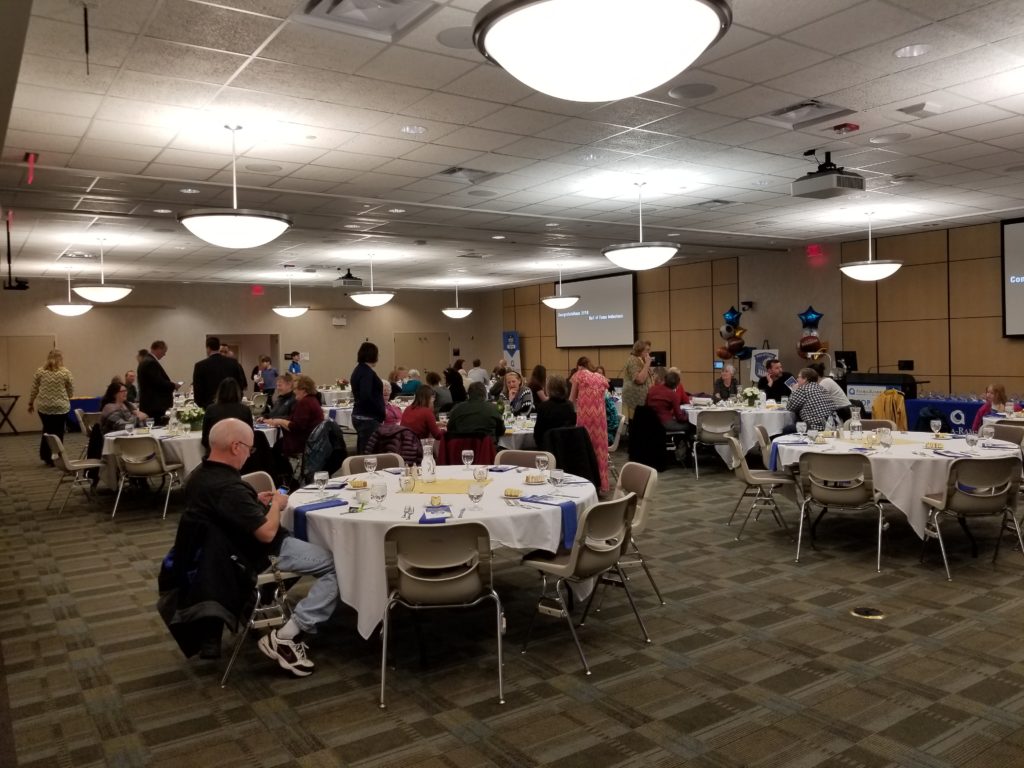 The volleyball team, which was three years old in 1975, won the state championship and competed in the National Tournament in Miami.

The team’s success coincided with the introduction on Title IX policies at Anoka Ramsey. Title IX, signed into national law by Richard Nixon in 1972, mandated that any school activity receiving federal funding must not discriminate or withhold participation based on sex.

Coach Pat Hicks recalls the disparities faced by women’s athletics prior to Title IX: “Before Title IX, I was receiving three credits per sport while the men were receiving ten…we didn’t have basically uniforms or anything else, so (teammate’s mother) made Cheryl (asst. Coach) and I matching (uniforms)…and this was for the national tournament”

Assistant Coach Cheryl Becker shares some of the improvements that followed the introduction of Title IX:

“It was the first time a women’s team had (athletic) shoes bought for their team to compete in. They were gold converse low-tops…not even volleyball shoes, but we didn’t care because we had gold, converse low-tops, just like the guys…It was a time in history when women’s athletics were finally being recognized and finally giving us the opportunity to come and play.”

Becker credits Title IX for helping their team succeed, and for setting a precedent for success within Golden Rams volleyball.

“This was a team that carried the banner high…for the very first year that Title IX was in effect for this team, to come together under (coach) Pat and to go to nationals was a milestone I think we started for the school, and it’s continued on obviously”

Also inducted was Walter Ross Jr. Ross played football for Anoka Ramsey from 1979-81 and continued to play for the University of Minnesota and Northern State. Ross played for the then-St. Louis Cardinals in the NFL for one year, and finished his career playing for New Orleans and Tampa Bay in the United States Football League (USFL) before it was terminated.

Other inductees that evening included Jim Bebeau, who wrestled for Anoka-Ramsey between 1988-89, and placed 2nd in the national tournament, Jordan “Noska” Hageman, who was named NJCAA 1st Team All-American in 2007 and 2008 for volleyball, and Alexis “Bradseth” Swenson, who played basketball from 2001-2003 and lead the NCJAA in steals per game during the 2002-3 season.