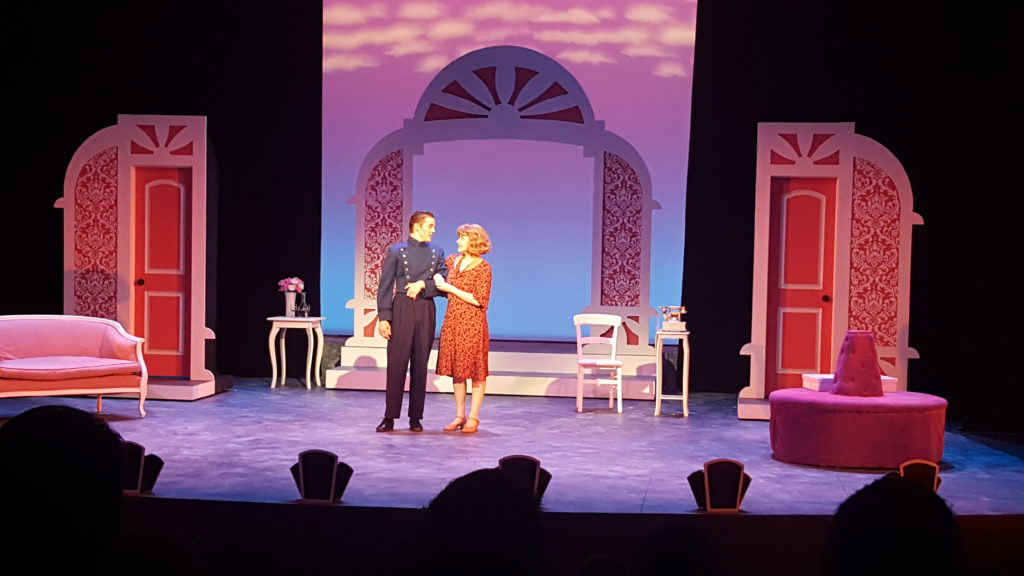 The Anoka-Ramsey Theatre Department is in the current production of Sandy Wilson’s 1954 musical, “The Boy Friend”, a tribute to Richard Rogers and Lorenz Hart’s 1926 musical “The Girl Friend”. Director Blayn Lemke’s version of this charming musical will make adults want to tap their feet and children get up and dance!

The musical, set in 1926 France against a French Riviera backdrop, tells the story of young, rich Polly Brown, played by Madeleine “Matt” Worthington, who gets swept off her feet when she meets a poor messenger boy named Tony, played by Ben Cornelius. Polly longs for only one thing, a boyfriend, but Polly’s father forbids her from seeing any potential suitors who aren’t as wealthy because he doesn’t want her to get taken advantage of, leading Polly to tell Tony she isn’t rich. This is the tip of the mistaken identity iceberg as the goal of finding love Charlestons and Foxtrots its way through every cast member to a happy ending.

“The Boy Friend” will remind audiences that when it comes to the roller coaster of love, like stated in the Director’s Notes, “Whether the infatuation is permanent or a passing fancy these sort of feelings seem consuming in the moment”.

“The Boy Friend” performances will continue Feb. 15, 16 and 17 at the Coon Rapids campus in the Performing Arts Center. Students receive two free tickets to see this light-hearted and funny musical.