Newly Released Wonder May Not Be Completely Wonderful 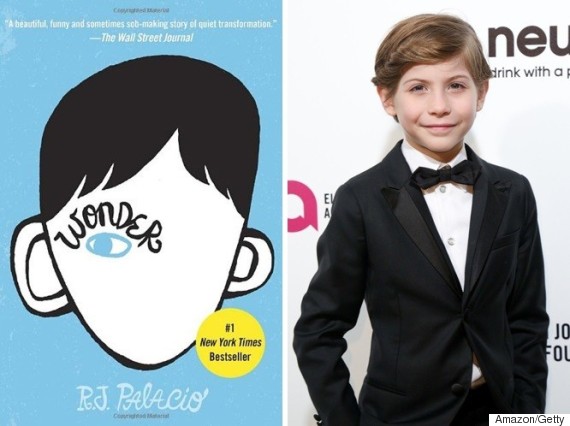 Jacob Tremblay next to the book cover for Wonder. Image Credit: Amazon/Getty

This movie will warm hearts, despite some performance flaws.

The movie Wonder, released on November 17, is a movie about a young boy (played by Jacob Tremblay) with facial deformities, trying to integrate into the regular life of a kid. The film was adapted from the New York Times bestseller-list novel, Wonder, by Raquel Jaramillo (using the pen name R.J. Palacio). While this is a movie based on the life of the boy, it also focuses on the people around him and what they are going through at the same time.

At the beginning of the movie, the protagonist, Augie (August), begins his middle school years by finally going to school after being homeschooled his entire life. Previous to this, he had been taught by his mother (played by Julia Roberts). The story then follows his journey of finding friends and being accepted by the other children.

While the movie begins from Augie’s viewpoint, it often switches to others in his life, particularly his sister. While Augie is having problems, she is facing difficulties as well, including friendship challenges. As the movie progresses, however, she soon finds her place and some new friends.

This movie was enjoyable for a family, with both tears and laughter integrated within. Many viewers and critics seemed to like the movie, with it getting rave reviews from many popular critics. When watching the film, there is not a time when the viewer is bored because, with so many different viewpoints, there is no lag in the storyline.

Although the different viewpoints of all the characters made it so that the viewer was never bored, it also tended to be confusing at times. There were several instances, in retrospect, that didn’t have any impact on the overall story or message. Also, the acting could have been better at some points. For example, when Augie would be yelling out of frustration at his parents or sister, the viewer didn’t receive as much of that emotion as the story was trying to portray. Perhaps some viewers will forgive the mistakes, recognizing that the actors are children.

The movie Wonder was all in all a nice movie, warming the viewer’s heart with an insightful message. The viewer gains insight into the life of a kid who has stayed positive while overcoming many obstacles. Altogether, the actors gave a good, but not great, performance and the story and message of being yourself unapologetically was evident in the storyline.