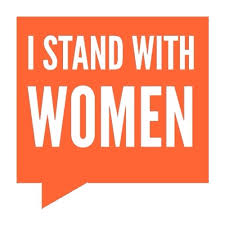 Contributing writer
I have run into the anti-abortion group on campus, one time doing chalk artwork to raise awareness of their group. Being someone who is pro-abortion access (note I didn’t use pro-life/pro-choice), I tend not to engage with them because I have classes to get to.

However, at the school picnic I was told I was a “Survivor” of the “Modern Holocaust,” and I nearly lost my temper. Someone just seriously compared the rounding up and murder of millions of people, to some women choosing NOT to let a fertilized egg take root in her uterus.

There is more than a little difference here, mostly with bodily autonomy. You can not legally obligate a Jehovah’s Witness to donate blood, even if it means saving a life. They have legal control of their body. You can not force a woman to let an egg turn into a infant inside her for the same reason. It’s HER body. Comparing that to mass murder is downright insulting to the millions who actually suffered through it.

And as a parting thought, the U.S. National Library of Medicine estimates around half of all fertilized eggs die and are lost (aborted) spontaneously, usually before the woman even knows she is pregnant. Think on that. HALF of ALL fertilized eggs abort themselves already. Unless the anti-abortion group is planning to monitor every woman after sex, the overwhelming number of abortions would continue anyway. Perhaps some respect is called for, rather than demeaning people.